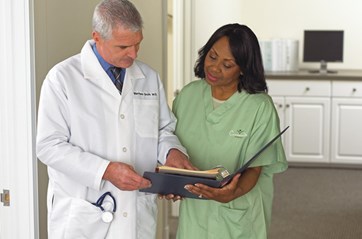 Today is National Doctors’ Day, a day to recognize the contributions that physicians make to our community every day. Physicians and medical professionals are constantly seeking better medical solutions to heal their patients; dedication that requires a lifetime, and can impact future generations.

To celebrate centuries of the ever-improving medical field, we’ll take a look at how far medicine has come and the lessons learned along the way. Some interesting medical practices of the past include:

These medical evolutions could not have happened without the dedication of medical professionals, like the ones at Crossroads Hospice. To all those dedicated to helping treat illnesses and improve the lives of their patients, Happy National Doctors’ Day!