Voices of Caregiving: To Fulfill the Promise of Care 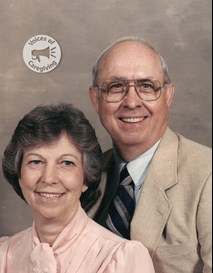 Don Ramer first met Regenia in 1952. They lived in a small town in Arkansas and after a few years of dating, decided to get married. They moved to Memphis, Tennessee where Don worked in the appliance repair business and the couple raised their two daughters. They built a life together and enjoyed years of love and happiness, promising they would always be there for one another. Eventually, that meant a new role for Don.

In the early 2000s, Regenia began to exhibit symptoms of Alzheimer’s disease. She would forget the faces and names of people she had known for years. She would leave the stove on and wander through the neighborhood. Don realized he would have to stay home to look after her full time.

“I had to be close by and watch the things she would do to try and keep her from doing the things she shouldn’t,” he says. “I had always promised her that as long as I was healthy and able, I would be the one to take care of her.”

There were times when being a full-time caregiver was hard. Regenia would get frustrated and lash out. As her condition worsened, she needed to be spoon fed and eventually she was confined to the couples’ bed. The Ramer’s oldest daughter decided her parents could use some support.

“My oldest daughter always said that Crossroads Hospice provided great care. I didn’t have any idea what hospice was, but the nurse we had when we first joined was excellent. I think Crossroads did everything they could do. Anything we mentioned that we might need, they took care of it.”

Despite the additional support, Don remained his wife’s primary caregiver. Regenia had always been meticulous about her cleanliness and Don would wake up three times a night to bathe her and change her clothes. The routine was painstaking, but he is still thankful he could fulfill the promise he made to care for his wife.

“At the time, I was doing a lot of things that people don’t have to normally do,” Don says. “You do those things and kind of get used to them. After they’re gone, you think about them and appreciate what you got to do because you know they would be thankful. I know that she appreciated me. At times I would be holding her hand and I’d kiss her, and she’d always kiss me back.”

After years of battling Alzheimer’s, Regenia passed away in 2009. She was at home, sleeping in the bed the couple shared. Don misses her every day, but he knows that he can use their experience and her memory to continue his work caring for others.

“I talk to people who have Alzheimer’s in their families. I try to help them by telling them that their loved ones are still the same people they always were, that they still love them. They just don’t understand what they’re doing because they’re in another world. I told one person with Alzheimer’s in his family about some of the things that happened between my wife and me. Tears were running out of his eyes and he said, ‘I really didn’t realize that they understand as much as they do. They still love me even though they don’t always act like it.’”

In addition to supporting caregivers like himself, Don still selflessly volunteers his time for those in hospice care. As a war Veteran and Crossroads Hospice volunteer, he regularly attends Veterans’ birthday parties hosted by Crossroads.

What compels Don to be so generous with his time? “Crossroads was so good when Regenia was with us that later on I felt I should give something back to them if possible,” he says.

For Don, fulfilling that years-old promise of care to his wife means continuing that caregiving legacy today. He will never forget her, the life they built together the good times and the bad-- and his role as a caregiver lives on.

“I promised my wife that I would take care of her and I did,” he says. “Now, I enjoy volunteering and talking to people who have Alzheimer’s in their families. I hope I’m being helpful to them in some way.”

How to Improve Caregiving Conversations

In a perfect world, everyone would be on the same page about the care of a sick or aging loved one. However, topics like finances, estate planning, medical decisions, living arrangements, and caregiving plans can be challenging.  It’s very common for family members to have different ideas, and opinions and emotions can run high. Use the tips below to improve caregiving conversations with your loved ones.

In December 2022, at least 39 people were killed in Erie County during a fierce holiday blizzard. While the victims ranged in age, the storm was a sobering reminder that seniors face unique risks each winter.

Reduce Your Stress in 5 Minutes or Less

Although a small dose of stress is good for you, longer periods of stress and anxiety can be detrimental to your health. Learning how to reduce your stress in small ways can have a big impact.