Crossroads Hospice is extremely proud to be a part of an incredible and inspiring effort to bring hospice education to reformed inmates serving life sentences in correctional facilities.

Bringing Hospice to Prisons is a three-part blog series that will serve to highlight some of the personal stories of those involved in the program through different lenses. 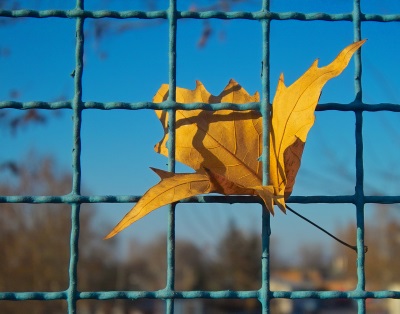 About three years ago, Jane Moore, CEO at Missouri Hospice and Palliative Care, contacted Dr. Jay Riseman and twenty or so others about working on a collaborative project that would involve creating a hospice curriculum.  On this project, Dr. Riseman would work alongside several members of the Crossroads Hospice team as well as other hospice professionals from across the state of Missouri.

The curriculum created would be used to teach inmates how to care for each other at the end of life. Dr. Riseman had been working in hospice care and doing missionary work for years, making him a great candidate for a volunteer.

“Jane gave assignments. Mine obviously was medical care in hospice and ethics in hospice because I’m a hospice and palliative care doctor,” Dr. Riseman says. “We worked for about two years and we finally came up with what we thought was a pretty good curriculum. That’s the one we’re still using.”

The goal is to teach offenders about empathy, about being spiritual with each other and about how important listening is. Basically, the curriculum is meant to teach offenders about being there for each other. The program isn’t aiming to teach them how to provide healthcare for each other, because there are nurses and the doctors to take care of those duties. Rather, it’s meant to teach the inmates about how to love and care for another human being again.

“It was a tearjerker,” Dr. Riseman says about the first time they implemented this curriculum into an eight-hour class at the Jefferson City Correctional Center, a maximum-security prison in Missouri.

“The inmates asked really good questions. They were very attentive. They took copious amounts of notes and were very interested [in what we had to teach] because this affects their lives. They end up taking care of each other and they become family when they’re in prison.”

It’s something, Dr. Riseman notes, that has shown the power to change the entire atmosphere of the prison.

“It is very humanizing. What they found is that the whole atmosphere of the whole prison changes,” Dr. Riseman says. “All of the people we’ve met [in prisons] have been really very nice people. They just want to learn what we have to share with them. They want to take care of each other.”

So much so that the program has a waiting list at every prison in Missouri, of lifetime-serving prisoners who applied for the program and hope to help each other pass more peacefully when the time comes.

“This is a job that we’re going to have for years. We need to start training some other trainers so we can teach more [prisoners].”

For Dr. Riseman, there doesn’t seem to be a real end in sight. Here is a man who has been doing missionary work his entire life — traveling to foreign countries and performing surgical work on those in need.

“I always feel like I get more from them than they get from me,” he says of volunteering his time.

Furthermore, Dr. Riseman will continue because it’s the right thing to do:

“I think everybody should have a right to hospice care whether you’re in prison or out of prison,” he says. “Nobody is going to get out of the world alive. We’re all going to die, and if we can pass with the help of our fellow men and women, helping us to get there, I think hospice should be a right.”