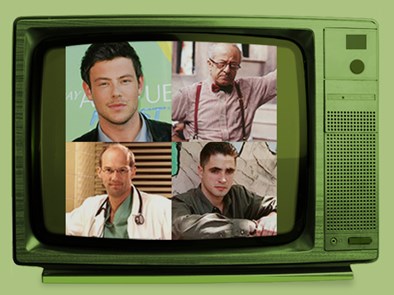 “Most people are never in a hospital operating theater or a court room – but they have watched ER or Law and Order,” says Dr. David Gudelunas, professor of Media Studies at Fairfield University. “Television gives us experiences we have never had before. It is certainly a gateway to human experience.”

Death in real life is complicated; it’s hard; it’s ugly. It can be drawn out and its pending inevitability can hover for days, weeks or sometimes months. At Crossroads Hospice, we see this every day, and that’s why deep compassion is requiredof every staff member, and why we have a philosophy that no one dies alone.

The jarring emotions that come with the end of life of a loved one are hard to truly convey in fiction in the form of books, movies or music. Television, however, it an outlier. With the ability to beam in action, adventure and romance directly into our homes, television – and our favorite programs and shows – has become an undeniable part of our cultural psyche. And with that,  we become invested in some characters and families. So when a character that we’ve come to know and love dies, it can hit us hard. Although it’s not nearly as painful as losing a loved one, there have been instances with TV death where great producers and talented writers have been able to convey grief so well that it’s actually palpable.

“Many of us first experienced some level of grief through television,” says film and television journalist Molly Eichel of the Philadelphia Inquirer and A.V. Club.

And over the course of the last six decades, television has dealt with death and grief in a number of surprising and shocking ways – what have we learned in conjunction with these experiences?

When actor Will Lee died, the Children Television’s Workshop chose to let his Sesame Street character, Mr. Hooper, pass too. Hooper had been a pillar of the show since its inception, so his death required an honest and direct explanation for millions of tiny viewers.

“It was really the first time that kids had been confronted with death,” Eichel says. “They did a ton of work to see how they could handle it since the actor that had played Mr. Hooper passed away between seasons,” she explains. “They talked to child psychologists. They went through grief counselors. They analyzed their audience and they boiled it down and had Big Bird experience all these emotions that come with grief.”

Using Big Bird as a “point-of-view” character, many Gen X-ers got their first understanding of death, loss and how that felt.

“Pure genius,” says Eichel. “Big Bird is supposed to be five years old. So he’s going through the process that a five-year-old would go through. It was explained simply, without this idea of heaven, without this idea of ‘realness.’ It meant that Mr. Hooper wasn’t going to be around any more.”

This simple and compassionate approach marked the quality of the program and its writers. Eichel says, “The way Sesame Street did it, it was so elegant and it wasn’t patronizing, it wasn’t unending. They got right to the heart of you know, ‘No, Mr. Hooper’s not going to make you birdseed milkshakes anymore, but somebody else is going to and here’s the way you can remember him and here’s the way you can honor him.’”

“I think that’s one of the great classic episodes of death. When Mark Green died, that certainly affected me. Mainly because we watched him; we watched him die,” says Eichel.

A teary two-part episode finished the season-long chronicle of beloved Dr. Green’s death from inoperable brain cancer. He had voluntarily stopped chemotherapy, spending his final days in Hawaii with a bucket list and his reluctant teenage daughter. Among his many acts of closure, Dr. Green dictated letters to his children to open on their graduation and wedding days. While his death wasn’t painless, he seemed to have faced it own his terms.

“He was an original cast member. He had been with the show forever, clearly a tent pole character. So while he wasn’t dying in real life, an audience of people who connected with his weekly visits certainly felt deep emotion” says Gudelunas. “They really nursed him through his illness.”

The episode addressing Finn’s death came a month after actor Cory Monteith’s real-life death. No explanation about his death was given; the viewer only witnessed the aftermath. Instead of a predictable funeral scene, the audience experienced Finn’s loss through gaping holes in the lives of his family, friends, teachers and girlfriend.

“Surprisingly, there’s kind of the total shock with Finn. You knew that episode was coming up because the actor in real life had passed away. But people still were flattened,” says Eichel.  “The Glee cast had such devoted fans, I think many people were waiting to mourn along with the characters – to honestly sing it out.”

Six Feet Under: Everything!

Death was a foregone conclusion on this dark comedy set in a family-owned funeral home.  Grief was a constant – with major and minor characters exhibiting the full gamut of emotional processes.

“You have messy grief. You have acceptance. You have the entire Fisher family dealing with their fears, hopes and guilt to a national audience. They even dealt with financial problems, wills, all the messy stuff you don’t really think about when someone dies,” says Eichel. “The show’s structure allowed them to find neat narrative and plot devices to spotlight a revolving door of post-death choices and challenges.”

Not only was every emotion that comes with grief displayed and thoroughly explored, but there were also family members arguing over how to grieve. More reality than reality, Six Feet Under brought a multi-faceted look to death. Grief functions as a central character in this series. The show’s high ratings and critical acclaim proved that viewers are willing to engage with grief when it’s handled honestly and openly.

By the time The Real Word hit San Francisco, the reality show producers had a hawkish eye for dramatic characters that drove intense and memorable storylines. The City by The Bay’s status as a homosexual haven drove the need for dealing with a then-taboo topic: HIV and AIDS. Enter, Pedro. If not born to die, Pedro was certainly cast to pass away.

“His character was all about death. You knew death was intended. There was expiration date on his life. His story line was death, dealing with death, explaining illness, education. He was an advocate, and not a victim. Unapologetically so,” says Gudelunas.

It’s easy to forget that 20 years ago, HIV was a death sentence. Pedro became an internationally recognized POZ super-star, and clearly set a precedence for television characters grappling with fatalities.

“He didn’t act sick. He didn’t really look sick. But he screamed at all points how sick he was. MTV handled it incredibly smartly, and it certainly demystified the illness for millions of Americans,” says Gudelunas.

Pedro’s off-camera death some time after shooting was widely publicized, with fans (and foes) of the show all showing remarkable acceptance of his passing.

There are dozens of more examples: the classic Chuckles the Clown episode on the Mary Tyler Moore Show, Mrs. Krabbable’s death on the Simpsons, Lane’s suicide on Mad Men. If you ask any American, they probably have a seminal TV death that really touched them.

“Death on TV is almost always ‘clean.’ People don’t often go into hospices or vegetative states. Many times they die without even looking sick. Everything is usually wrapped up at some point, so closure happens. You get closure – maybe not good closure but you get some kind of closure,” says Gudelunas.

So, while television can certainly help people understand and accept death – it’s never the real thing. Even when actors die.

“TV death is not realistic. They die swiftly; they die in car crash but have time for a few last words. They die pretty painlessly. They often die beautifully. Rarely do they die alone. Not many long, drawn out deaths,” says Gudelunas. “That is not the way death is for most of us. We learn a little bit about death from television. But we really learn about real grief from living. “

“Death is too real. TV is not,” says Eichel.

When it comes down to the real thing, you can never really be fully prepared to cope with loss--as easy as television can sometimes make it look.  That being said, Crossroads Hospice, is always here to help patients, families, friends and healthcare professionals deal with and get through the grief that comes along with the difficulty of that experience.

Big Bird didn’t have to deal with grief following Mr. Hooper’s death alone--you shouldn’t have to either.