Top 10 Music Playlist for Your Loved One with Dementia 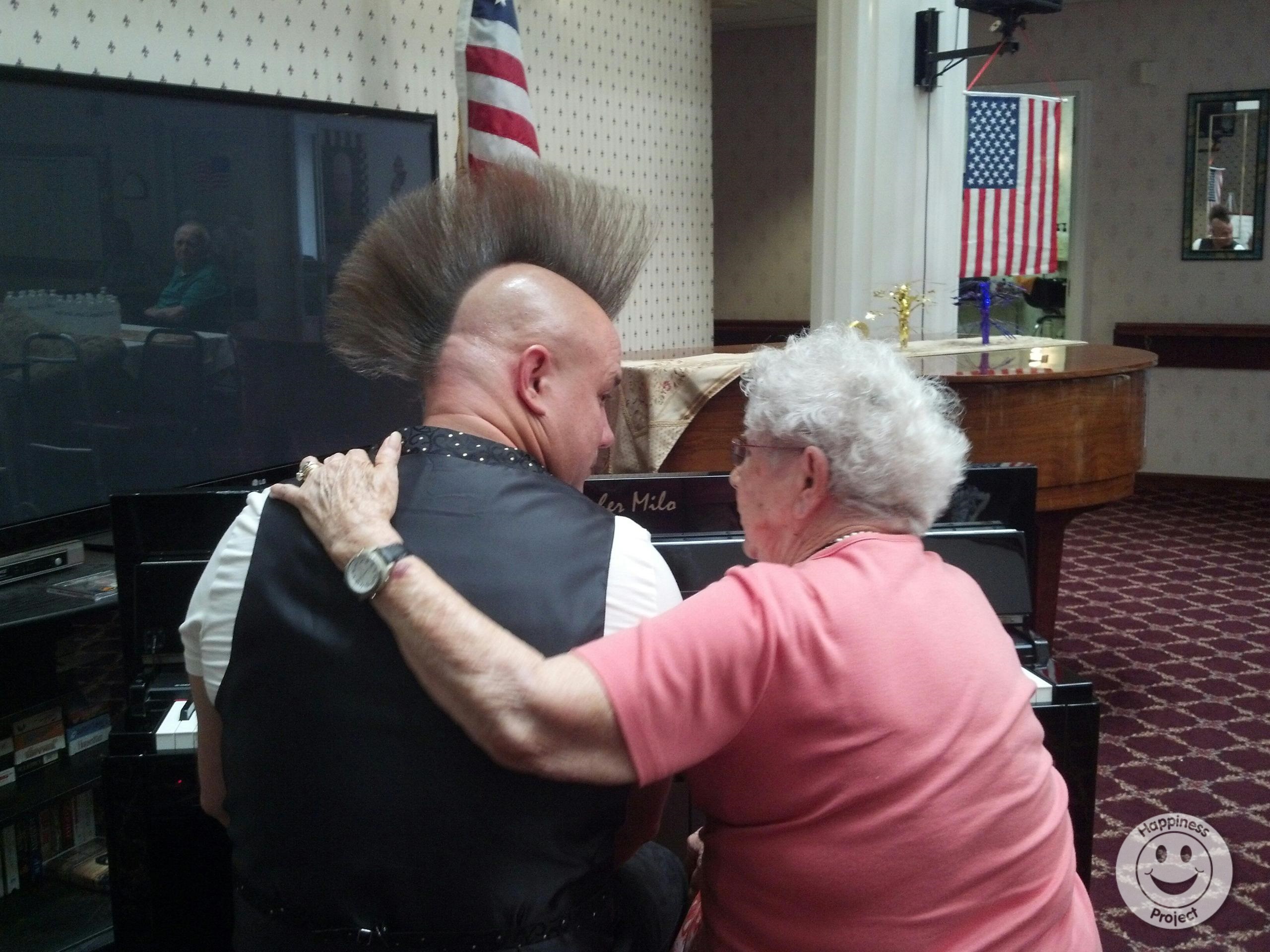 “It touches the soul in many different ways,” he says. “Music is the universal language.”

Heineman recalls one of his many experiences as a Crossroads chaplain in which music played a significant role in the comfort of his patient. He described this patient as “frozen” in an “anxious state,” incapable of moving or talking when the nurses called upon him to work his magic. Heineman approached this woman and asked her one simple question:

“When you’re afraid, what helps you?”

The woman slowly turned and looked.

“Over the Rainbow,” she said, “Judy,” referring to Judy Garland.

One instrument Heineman says that any chaplain is able to play is their smartphone, which is why he took out his, opened YouTube and played the woman her favorite song. Upon doing so, he watched the woman melt out of her anxious state, relax and come back to a state of peace and conversation.

“It was a beautiful thing to watch,” he remembers, “how by playing this instrument that anybody can play, you can reach into a person’s life and unfreeze them when the medicine may not work fast enough.”

Many people don’t realize the health benefits of music, especially in aiding patients with Alzheimer’s disease and other forms of dementia. According to the Alzheimer's Foundation of America, when used appropriately, music can “shift mood, manage stress-induced agitation, stimulate positive interactions, facilitate cognitive function and coordinate motor movements.”

So what kind of music should you play for your loved one with dementia?

Any music that’s familiar and likable elicits the best responses, and any songs associated with prior experiences — including those of their youth (ages 18 to 25) — have a higher potential for engagement.

To provide some inspiration, here is a music playlist of the top 10 songs to play for your loved one with dementia.

Known as the centerpiece of the musical film of the same name, this song is a common pick for dementia playlists due to its feel-good lyrics and association to Gene Kelly’s now-iconic performance dancing and splashing through puddles during a rainstorm.

A traditional piece that almost everyone knows, this song has been covered so many times that it’s become “one of the most commercially programmed numbers in American popular music.” Though its origins are a bit unclear, it was popularized by Jimmie Davis and remains a favorite for all generations due to its simple lyrics and easy tune.

This list wouldn’t be complete without Judy Garland’s signature song. Winner of the 1939 Academy Award for Best Original Song, the ballad is one of the most enduring standards of the 20th century and a classic for multiple generations. With its wistful lyrics, it’s a great choice to either put someone at ease or take them back in time.

The renowned hymn is another popular choice for dementia-related playlists due its status as one of the most recognizable songs in the English-speaking world. Written by English poet and clergyman John Newton in 1779, the song crossed over to secular audiences in large part because of its universal message of redemption. It saw a resurgence in popularity during the ‘60s. Folk hymns are a great choice in general, especially if one in particular is close to your loved one’s heart.

Also a winner of the Academy Award for Best Original Song, this song became a classic when Audrey Hepburn performed it in Breakfast at Tiffany’s, but also gained popularity from the version by the original composers, Henry Mancini and Johnny Mercer, who won multiple Grammys because of it. Also known as the theme song for Andy Williams, “Moon River” has been covered by many other musicians. The soothing, ethereal quality of the melody and lyrics makes it a beloved selection.

You can’t make a list of songs that take you down memory lane without mentioning The Beatles. With its repetitive lyrics and simple message of being with someone you love, this Beatles hit is one of many great choices to add to your playlist. Other possibilities include “Yesterday,” “Hey Jude,” and “Let It Be.”

For something more upbeat, this song is a great choice to get your loved one moving while taking them back to the ‘50s. Considered one of the first rockabilly records, it was written and recorded by Carl Perkins in 1955, but Elvis’ cover is probably more well-known. Elvis’ music in general is a great option when looking to create your own playlist.

Frank Sinatra is another classic choice and this song in particular has great lyrics that are especially appropriate. Its moderate pace is great for dancing as well, which usually leads to emotional and physical closeness - a noteworthy outcome since patients in the later stages of dementia often lose the ability to share emotions with caregivers. Another popular choice to consider? “New York, New York.”

One of the most broadcast songs of the 20th century, this classic was originally inspired by a gospel song. Its repetitive, moving lyrics coupled with King’s impassioned voice made it an obvious choice for us. This year the song was inducted into the National Recording Registry by the Library of Congress for being “culturally, historically or aesthetically significant.”

One of Armstrong’s most famous hits, this song continues to be a fan favorite decades after its release in 1967. Its hopeful lyrics and easily recognizable melody are among several reasons to add it to your playlist for your loved one. Other songs by Armstrong are great options as well including “When You Are Smiling” and “A Kiss to Build a Dream On.”

Whatever songs you pick in the end, music used with a dementia patient can ultimately help maintain their quality of life or even improve it.

For more information on dementia and hospice, read our dementia hospice eligibility criteria.

Family caregivers step forward when a loved one needs care. It can be incredibly fulfilling to provide care to someone you love, but it can also be a lonely, anxious, and exhausting experience. Family caregivers know they should practice self-care, but sometimes they need a little reminder to actually do it.

It can be hard to buy gifts for seniors. Many of them seem to have everything. In some cases, they may even be focused on downsizing. So even perfectly lovely gifts may no longer have a place in their home.

Gifts for a Loved One in a Long-Term-Care Facility

When a loved one is in assisted living, a thoughtful gift is a great way to show that you are thinking of them. However, gifts for someone in a long-term-care facility can be tricky because they don’t have a lot of space to store and display gifts.