How We Can Better Serve Vietnam Veterans at End of Life 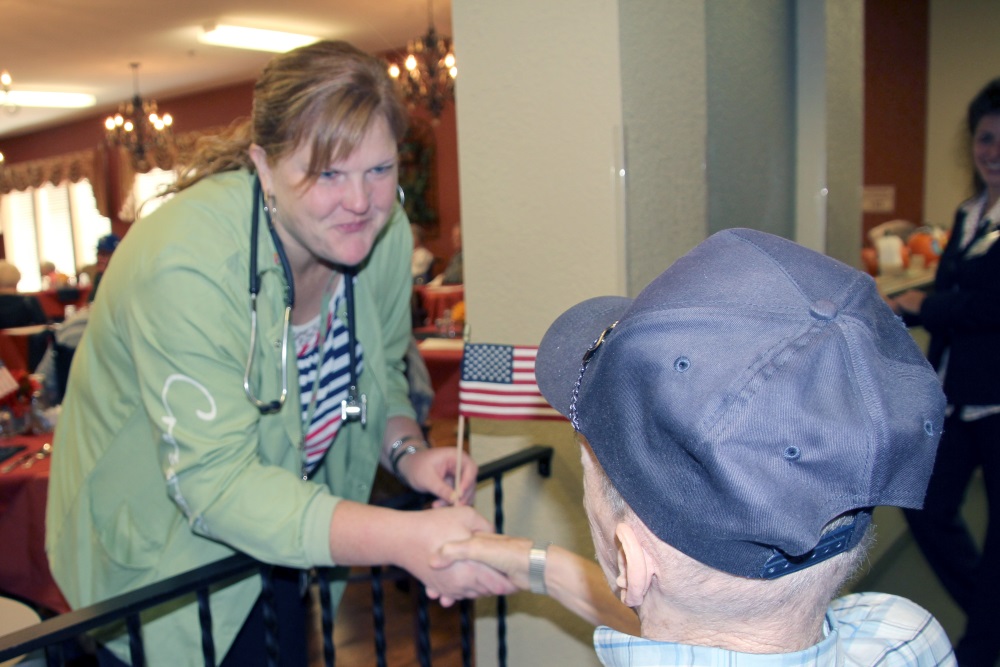 For staff and volunteers whose job it is to care for Vietnam Veterans in hospice, this is a crucial distinction to understand.

“Vietnam was a very unpopular war – and American soldiers who came home from the war were often treated rudely,” explained Alan Harris, a chaplain in the Crossroads Hospice & Palliative Care’s Kansas City, MO, office. Many of these young men volunteered to serve their country. Others were drafted. But they never received a fair deal of recognition for their service and the sacrifices they made.

In addition, many Vietnam Veterans found themselves ostracized by public reactions to some of the horrific stories that made news headlines during the war. Even though they played no role in those stories, in the public perception, Vietnam Veterans were often lumped together as though they were all somehow responsible.

“It’s important to understand that service personnel in the war zone generally got all their news through the military,” said Bill Douglas, another chaplain working out of Crossroads’ Kansas City, MO, regional office. “Many were blindsided by the way the public responded when they got home.”

Such reactions often led Vietnam Veterans to draw further within themselves – refusing to talk about their experiences, trying to avoid unpleasant memories and staunching negative thoughts and emotions they may have experienced.

Even so, as people reach the end of life, it’s common for them to look back and take stock of their lives – weighing the pluses and minuses, Douglas said. How they respond to that kind of self-assessment depends on the individual.

“For some, the Vietnam war was a defining part of their lives, for others, it wasn’t,” said Douglas. But for some Vietnam Veterans in hospice, that can be a traumatic experience.

“There are two sides to the ledger,” said Douglas. “On the positive side, you have a young person willing to serve his country in a time of war, which is an incredibly self-sacrificing act. On the negative side, some were required to do things that under normal circumstances would be morally unconscionable.”

Still, there is no typical experience for Vietnam Veterans, said Harris.

“Often, someone will say: ‘I didn’t do very much; I didn’t serve in combat. Or I’m not a hero; the hero is the one who died,’” he explained. “But the reality is that regardless of what their role was, every Veteran answered the call to service – there’s a phrase we use: ‘All gave some, some gave all.’”

For many Veterans, the search for validation may be unconscious, but it’s still an active dynamic. Douglas noted that ceremony is a major part of the military, so when a Vietnam Veteran is honored with a simple ceremony of recognition and appreciation, it can be a powerful, almost sacramental moment. For many it may be the first time they’ve ever been honored for their service.

Making a Veteran to Veteran connection

“One of the most important things we try to do for our Veterans is create a safe space for them,” said Bruce Bray, who is also a chaplain in Crossroads’ Kansas City, MO, regional office, “Just giving them permission to speak without judging.”

Often it’s easier for a fellow Veteran to create such a safe space. Talking with someone who has that shared military history of Vietnam and what the environment was like can be a great asset in helping Veterans find solace at the end of life.

Even so, “You need to leave any preconceived idea at the door,” said Bray. “Sometimes the best thing we can do is just let them know: ‘I’m here; you won’t be judged.’ It takes time to build a rapport.”

“As chaplains, our ultimate goal is to bring reconciliation to the conflict they have between their heart and mind,” said Harris. “After all they’ve been through, at the end of life, they should be able to pass knowing that their lives had meaning and that they are recognized and honored for what they did.”

For more information on our unique Veteran programs, visit the Crossroads website today.