What’s Wrong with Healthcare III: The Value of Life 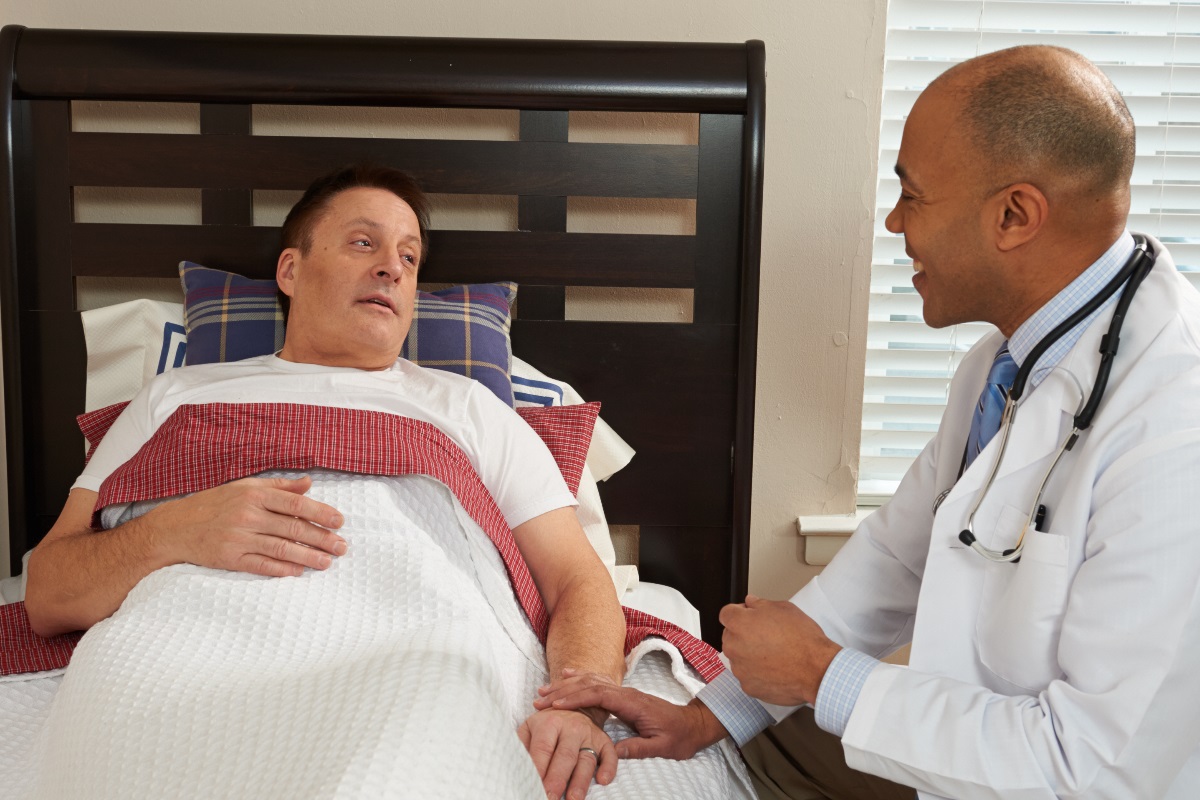 Valuing what is Sacred

Fundamentally, not just as a physician, but as a human being, I have tried to understand and care for people based on what is sacred to them regardless of diagnosis or age. I have focused on doing things with and for people, rather than doing things to them. I have rejected the existing healthcare transactional relationship in favor of a translational relationship – one where the patient is the true center of care.  Unfortunately, such patient-centric care is antithetical to healthcare delivery systems in the U.S. and most industrialized nations.

In my career as a palliative care physician, I have demonstrated beyond any doubt what is possible by caring for thousands of individuals one patient, one day at a time.

The Algorithm of Life

Healthcare is a linear algorithmic model where things are done to you because you have X, Y or Z. This approach does not parallel the algorithm of life – especially when it comes to the seriously ill.  In my experience, even evidence-based medicine frequently lacks empirical support when applied to this population. Whereas this linear algorithm is static, the seriously ill need a flexible, dynamic model – one which mimics the algorithm of life.

The key is to be accepting of the true algorithm of life – the variability of the day-to-day within the context of knowing exactly what is going to happen [death] regardless of ailment, intervention, etc.  Even more important is to realize and accept that we can’t overcome this inevitability despite a fervent belief in the linear algorithm.  The fact is, we can’t beat Mother Nature.  Notwithstanding, I wholeheartedly support being clinically aggressive, “fighting” and “never giving up.” But we first need to define exactly what we are “fighting for” and align clinical endeavors (aggressive or not) with the realities of the human physiologic trajectory and, as always, what is sacred to the individual.

Humanity in the Balance

Where has this steadfast adherence to the linear approach led us?  It has brought us to the fulcrum of the tipping point of humanity.

Healthcare as a linear algorithmic model acts without “True Informed Consent” – where we as providers share with patients the full and absolute truth about their diagnosis and prognosis.

The more common approach is for providers cower behind comfortable half-truths: “It is uncertain.” “No one really knows.”  “Only God knows.” “We can always try a third-round of chemotherapy and renal replacement therapy.”

The result is that patients are prescribed a litany of interventions which, to a great extent, have no value for them.

As a practical matter, we can define value as increased quality of life or life expectancy.

But doing things to people, particularly things that are not aligned with what an individual holds sacred, constitutes extremely wicked and cruel acts.

As a long-time, practicing palliative care physician, I can say without reservation that, for this seriously ill population, the “things” that are done to patients most often serve to decrease quality of life – they actually can cause HARM.  Great HARM.  And, at times, potentiate death.

In addition, using “Unknown” as it relates to prognosis or disease course is beyond a fabrication.  In fact, I would go so far as to say it is often an outright lie. As a physician, I KNOW exactly what is going to happen. I KNOW the general course of the disease and can be fairly certain of its duration.

A Lack of Language

This lack of transparency – lack of true informed consent – leads to a loss of freedom, often coupled with increased physical, emotional, intellectual and spiritual suffering, and even death. Such atrocities are perpetuated every day by healthcare systems to people all over the world.  And while I don’t believe providers are intentionally maleficent, at what point do we hold them (and healthcare systems) accountable for intentionally following a model which continues to perpetuate the aforementioned?

Not only do we lack a clinical acumen to recognize or understand this period of life, absent is a vernacular to discuss the inevitable for this population – for everyone really.  Thus, we continue to do unto people that which steals their opportunity to know the truth and to choose how they want to truly live their own lives.

While insidiously iatrogenic compared to the atrocities of the last century, I suggest it is no less significant with respect to interrupting a common fiber of humanity – the desire to write the chapters of our lives.

Jonathan Glover, in his book, Humanity: A Moral History of the 20th Century, examines the atrocities of the 20th century.  He offers that humans inherently have moral resources – primarily the ability to feel sympathy and regard for others – which can prevent such egregious things from occurring again.  I suggest these moral resources have been subjugated by the linear algorithm thinking.

I suggest a TRUE palliative philosophical foundation allows us to unlock these moral resources while caring for the most seriously ill.  True Palliative Care can overcome the paralytic nature of the linear model and its perpetuation of an overwhelming sense of loss of control experienced by patients, caregivers and providers. “True informed consent” will then become the norm and we can deliver on what a patient’s goals of care are regardless of diagnosis.

Only then will we cease committing such atrocities and actually begin to truly care – thus tipping ourselves toward a better humanity.

Dr. Timothy Ihrig, Chief Medical Officer of Crossroads Hospice & Palliative Care, is an internationally recognized authority on hospice and palliative care and advocate for full transparency in patient care. His TED Talk, “What We Can Do to Die Well,” urges doctors to emphasize overall quality of life while helping seriously ill patients approach end-of-life with dignity and compassion. Dr. Ihrig received his Doctor of Medicine and M.A. in Molecular Biology at the University of Nebraska, completed a residency in Internal Medicine at the University of Iowa, Des Moines, and Palliative Medicine and Hospice training at Stanford University. He is endorsed by the Center to Advance Palliative Care as a clinician-educator.

Despite the many advances in the diagnosis and treatment of lung cancer, there may come a time when the risks and side effects of treatment will outweigh the benefits. At this time, a patient with late-stage lung cancer may decide with their doctor to stop treatment and pursue comfort care, focused on quality of life. Hospice can help support this goal.

Patients with chronic pain who also have chronic renal disease can be difficult to treat. Pain is very common in this subset of patients with 82% experiencing moderate to severe pain.

The Crossroads 5-Point Promise of More

At Crossroads Hospice & Palliative Care, we offer a 5-Point Promise of More that distinguishes us from all other hospice providers. When we say, “Expect more from us, we do,” we make and keep all the promises outlined below.