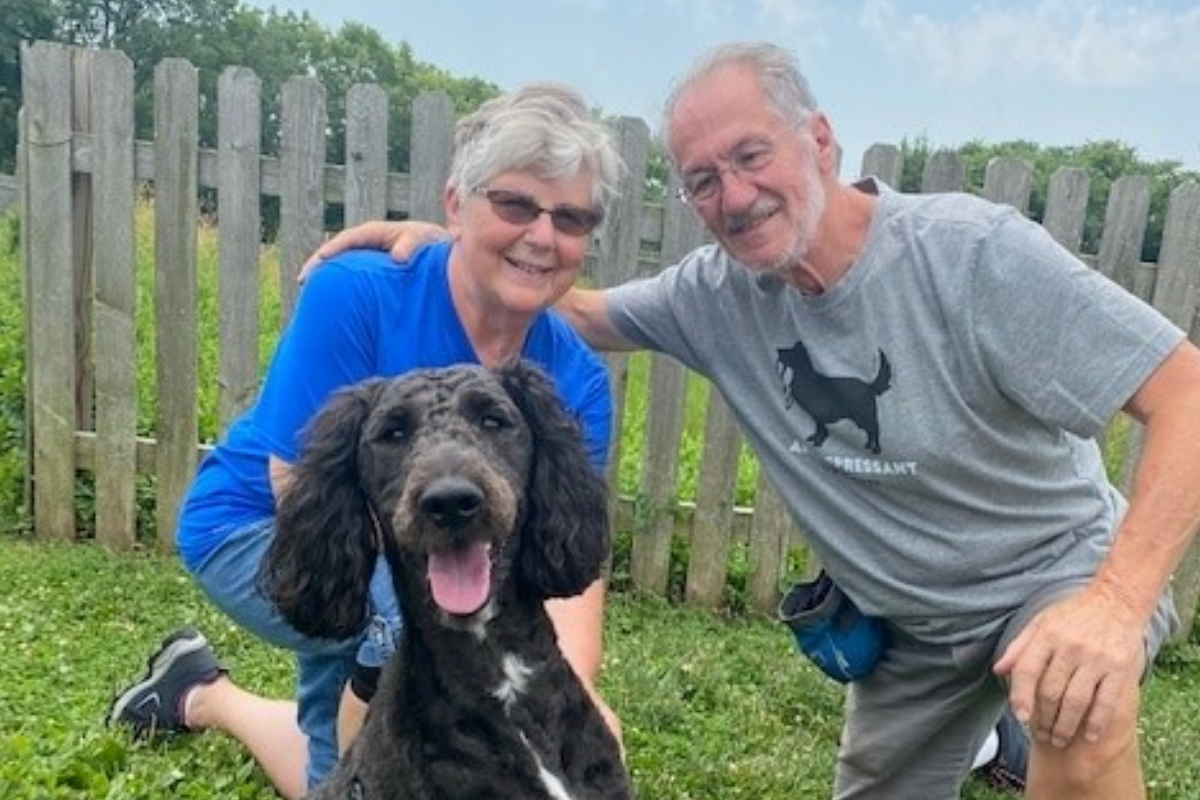 Diana refers to herself as a “gregarious introvert” and welcomes the feeling that “I can give.” Diana went through more than 40 hours of training in listening through churches she attended. She now attends Christian Life Center of Dayton. She was also trained to train others in listening skills.

Diana applies that training to her volunteer work as a companion for Crossroads. She admits, “it depends on the patient. Once I know a little bit, I’m a friend and a comforter and a listener,” she said. And Diana is the first to admit she personally gains so much while giving.

One of her patients is confined to oxygen with somewhat limited mobility. “I look forward to her,” Diana said. “She is the most delightful person.” In spite of her many physical challenges, she always asks Diana, “How are you today?”

Sometimes Diana marvels at how, as a volunteer, she might serendipitously be present for a patient’s intimate conversation with a spouse like when she heard a conversation between a couple about “going to heaven” and how “it won’t be long now.” Diana said, “[the conversation] was so tender and precious.” With another patient, Diana introduced the idea of a “Living Eulogy,” a letter she helped write with the patient to be read by her beloved family members after she passes.

Diana first became acquainted with hospice when her stepmother received end-of-life care from Crossroads. “They did a fantastic job,” Diana said. During her final days, “[Crossroads] were there almost all the time. They provided clear directions and instructions. They were excellent with the whole family.”

With the organization 4 Paws 4 Ability, Diana and her husband also volunteer as service dog trainers. “We love dogs!,” she said. On the weekends, they foster future service dogs as part of the dogs’ training to get used to different types of people and settings. “They work hard,” Diana said. She’s happy to provide them with some well-earned “R & R” when they come to her home.

After retiring from her career as a training and development manager, Diana tried many different volunteer activities. Now, as a Crossroads Volunteer since 2019 and her involvement training service dogs with her husband, she has “no complaints.” If you ask Diana, she’ll tell you it’s a calling.

4 Reasons to Become a Hospice Volunteer

If you’re looking for a new way to serve your community, volunteering at Crossroads Hospice & Palliative Care is a great place to start. Hospice volunteers find the experience to be rewarding and uplifting as they see the difference they make in the lives of terminally-ill patients in their community.

How to Become a Crossroads Hospice Volunteer

Crossroads Hospice & Palliative Care is always looking for caring individuals who want to share their time and talents making a difference in the lives of terminally ill patients in their community. Individuals interested in learning how to become a hospice volunteer should read on to learn more about how they can serve and what the application process entails.

Internships are an important part of the process of gaining real hands-on experience while also accruing college credit. Crossroads Hospice & Palliative Care offers a number of ways for students to enhance their college experience as hospice interns.