100 Years of Insulin: A Medical Marvel 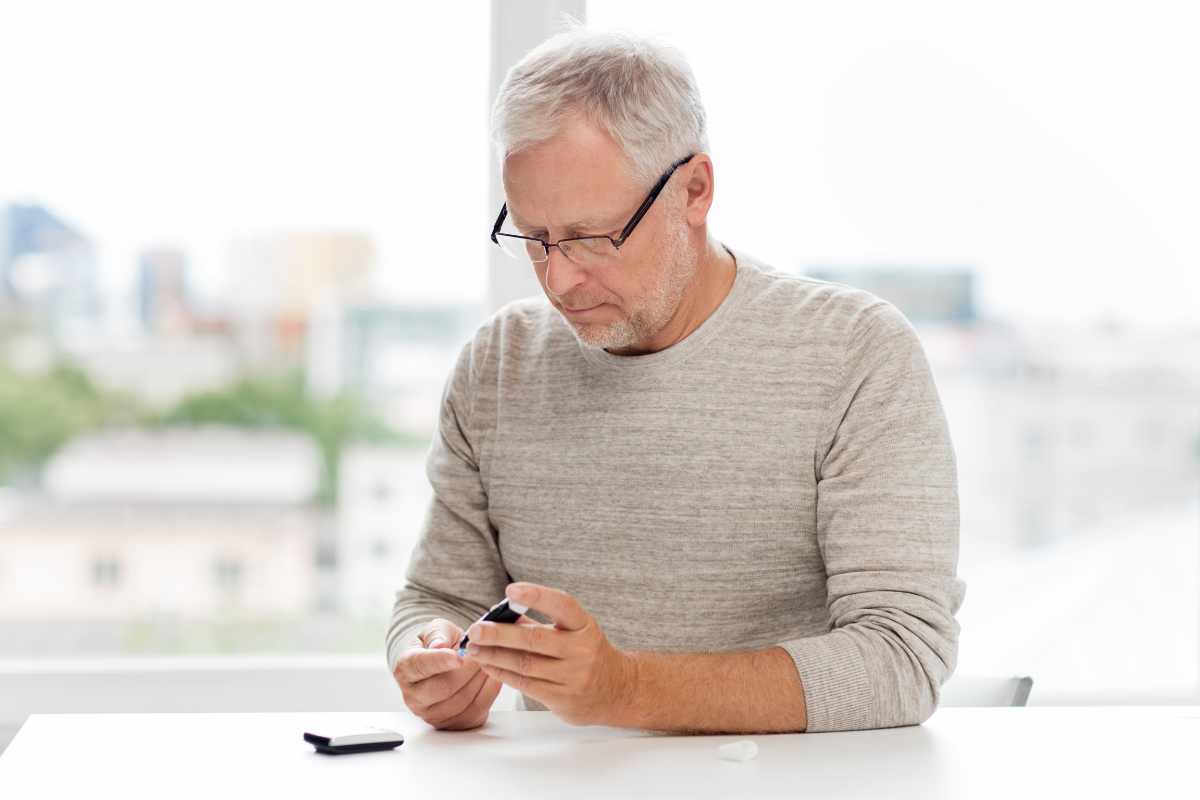 According to the American Diabetes Association (ADA), “In type 1 diabetes, the body does not produce insulin. The body breaks down the carbohydrates you eat into blood sugar (blood glucose) that it uses for energy — and insulin is a hormone that the body needs to get glucose from the bloodstream into the cells of the body.”

Back in 1921, individuals diagnosed with diabetes typically didn’t live very long. A diagnosis was usually heartbreaking.

“Before the 1920s, there were no effective pharmacological agents for the management of diabetes. Because of this, type 1 diabetes was a fatal malady,” according to A Brief History of the Development of Diabetes Medications on the ADA’s Diabetes Spectrum website.

Thirty-two years earlier in 1889 in Germany, an important discovery was made by University of Breslau physician and physiologist Oskar Minkowski and physician Joseph von Mering of the University of Strasbourg, according to the ADA.

They “found that when the pancreas gland was removed from dogs, the animals developed symptoms of diabetes and died soon afterward. This led to the idea that the pancreas was the site where ‘pancreatic substances’ (insulin) were produced.”

It was in 1910 that insulin was named after the Latin word insula, which means island, by Sir Edward Albert Sharpey-Schafer, an English physiologist.  His idea was that “only one chemical was missing from the pancreas in people with diabetes,” insulin, an island unto itself.

Ten years later in 1920 in London, Ontario, about 125 miles south of Toronto, at the Western University of London, Ontario, physician and medical scientist Frederick G. Banting pondered how to harvest insulin as he taught his students about carbohydrate metabolism.

Banting sold his research proposal to University of Toronto Physiological Laboratory Director John J. R. Macleod, the man he would share a Nobel Prize with just two years later in 1923 for what was accomplished in the summer of 1921.  Macleod set Banting up in a laboratory, approved his research strategy, provided him with a laboratory assistant, biochemistry student Charles H. Best, and a supply of dogs for their experiments.

Through gruesome experimental surgeries and extractions in the hot summer with limited infection control, Banting and Best figured out how to remove insulin from dogs’ pancreases.

In the book Breakthrough:  Elizabeth Hughes, the Discovery of Insulin and the Making of a Medical Miracle, authors Thea Cooper and Arthur Ainsberg wrote, “The conditions in which they (Banting and Best) worked were not optimal. The floor of the operating room could not be properly scrubbed because the wash water would seep down through the floor to the ceiling below. The operating table was wood and so could not be effectively sterilized, and the operating linen was stained and tattered. And then there was the heat—1921 was one of the hottest summers on record. The heat and the stench in the laboratory and the kennels were nearly intolerable.” 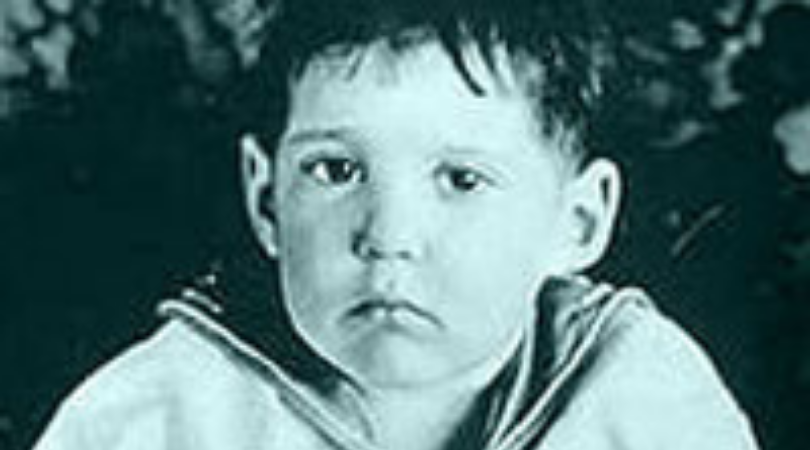 Despite the poor working conditions, Banting and Best’s discovery in the summer of 1921 ended up being monumental. Less than two years later, 14-year-old Leonard Thompson was the first human patient to receive insulin (by injection in the butt) in a Toronto hospital on January 11th, 1922.  Much to the delight of his family and doctors, as a result of the insulin injection, his blood glucose dropped, proving its success.

When Leonard got the injection, he weighed only 65 pounds.  So called “starvation diets,” rid of carbohydrates, were an accepted way to try to extend a patient’s life in 1921. That’s what 13-year-old, 52-pound Elizabeth Hughes tolerated at the Physiatric Institute in Morristown, NJ.  The first-of-its-kind teaching, research hospital cared for pediatric inpatients with diabetes. It opened with much fanfare in April of 1921.

By 1923, thanks to the University of Toronto team’s agreement to operationalize insulin production with the Eli Lilly Company of Indianapolis, IN, insulin became widely available commercially. Perhaps because she was the daughter of the United States Secretary of State Charles Evans Hughes, Elizabeth was able to get her first insulin injection, administered by Banting himself, in Toronto, on August 18, 1922.

Since 1923, there have been many amazing advancements in the delivery of insulin and diabetes management and care. Included are the first specialized insulin syringe (1924), the first disposable glass syringe (1954), the first blood glucose test strip (1965), the first insulin pump (1979), the first human insulin introduced (1982), and creation of the first artificial pancreas (2013).

According to the Centers for Disease Control and Prevention (CDC), “more than 34 million people in the United States have diabetes” and from 1999-2019, diabetes was the underlying cause of death in 87,647 deaths, the seventh leading cause.

According to the World Health Organization (WHO), globally nearly 500 million people are currently living with diabetes. Approximately half of the people estimated to be living with diabetes remain undiagnosed, according to WHO, with compromised immune systems, making them even more vulnerable during the COVID-19 pandemic. 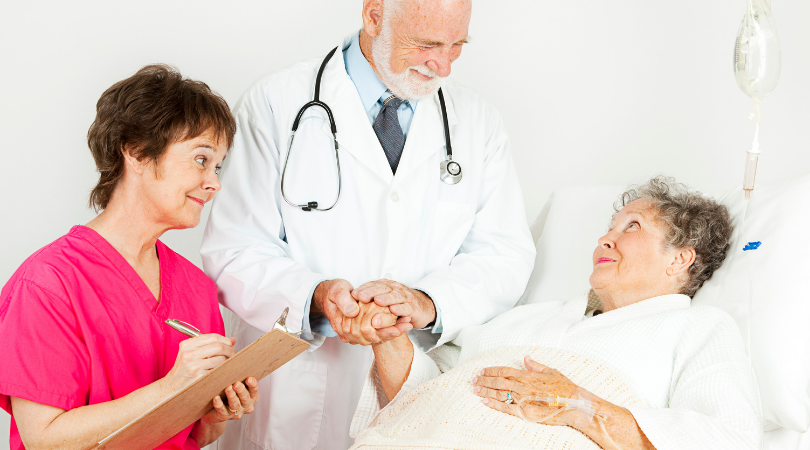 Diabetes at the End-of-Life

Every year, Crossroads Hospice & Palliative Care provides care to many patients with diabetes at their end-of-life. The Crossroads blog End Stage Diabetes: What to Expect relays “Each patient’s medication list will be reviewed to determine the best combination of medication for their current condition. Medication that only provides a long-term benefit may be discontinued if the patient only has a short time left to live, while additional medications that provide an immediate benefit to the patient’s comfort and quality of life may be added.”

Crossroads’ Chief Medical Officer Dr. Timothy Ihrig reminds families that it’s not just the patient but the patient’s family and loved ones that hospice and palliative care providers support with end-of-life care.

Elizabeth had a prominent and wealthy family that supported her fierce personal resolve to hang on for better times ahead. She got married, had a family and lived to her seventies.  Being one of the first in the world to receive an insulin injection led to more than 42,000 shots in her lifetime.

Today, “in many cases, if diabetes is detected early, people affected may well be able to prevent or at least delay any serious problems from arising,” according to the WHO, thanks to the discovery of insulin 100 years ago.

As the COVID-19 pandemic stretches into yet another holiday season, nursing homes and long-term care facilities are having to manage new challenges that come with opening their doors to visitors. Issues like breakthrough exposures and infections, unvaccinated employees, and staff shortages are making it difficult to return to business as usual.

Holiday Gifts for Patients in the Hospital

When a loved one requires hospital care, a thoughtful gift is a wonderful way to show you care. However, gift ideas for hospital patients can be tricky. They don’t have a lot of space, and depending on their health, there can be restrictions on flowers and food.

How Staying Connected Can Help with Holiday Loneliness

Many families have adjusted to the reality of not seeing each other as much over the last two years. Grandparents haven’t been able to visit grandchildren like they used to, and large gatherings, like family reunions or holiday celebrations, feel like distant memories.