The Crossroads Philosophy: Using the Three Cs in Challenging Times 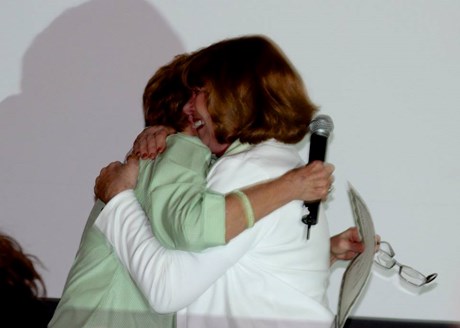 The three Cs. That is what Crossroads Hospice is all about—and whenever faced with adversity or a challenging situation, we consult the three Cs.

There’s a story that Perry Farmer, Founder and Owner of Crossroads, likes to tell that really encapsulates each of the three Cs in one.

The first time Perry got a call about the possibility of providing hospice care for a little girl, he immediately went to his clinical team who said they weren’t set up for it. They were not ready to do that. He called an emergency meeting, brought everybody in and posed the question: “What about this little girl?”

He was initially met with “That’s not what we’re here for” and “We don’t have pediatric meds or the equipment.” When it came around to an aid of his, Tammy, she challenged her colleagues: “Does that mean if something was wrong with my kids that I couldn’t count on the people in this room?”

That challenge sparked a discussion. Everybody in the room began to question what Tammy had said. Within 30 minutes, everyone had rid themselves of the fear that initially struck them. They realized their concern surrounding the idea that someone could potentially not get the Crossroads level of care. In that meeting, the team decided that they were going to do it—because they knew that if they have the conviction, they can handle any problem.

The girl ended up never coming on—but it prepared Perry and his team for what was to come.

The following Friday—what are the chances?—he got another call. A mother had just gone home with her ten year old son who was on hospice. That hospice told her “Call us on Monday” and left her alone with her sick child. That Friday, Perry and the Clinical Director, DeAnna Looper, drove out to where the boy was—way, way out in the country. When they walked in the home, they had saw that the hospice barely left them any supplies for comfort and care. They had to act quickly. Perry immediately jumped in and started doing the intake with the mother and grandfather while DeAnna went right to the child. Together, the two started calling in equipment—beds, oxygen, meds, anything they could. Late in the middle of the night, way out in a little trailer thirty miles south of Tulsa, Oklahoma—Perry and his team got what they needed because they persisted. They committed to doing what was right.

The Clinical Director, DeAnna, left that boy for maybe a total of eight hours that entire weekend. He passed away on Sunday with her there. With some of his final breaths, all he could tell DeAnna was “Take care of my mom.” It was something truly something unbelievable.

Later on, there was a funeral. Funerals are awful and pediatric funerals…indescribable. It was in an auditorium and Perry and his team walked in and took a seat in the back. It did not sit well with the pastor. He had different plans.

“This pastor up front was kind of waving us down.” Perry recounted, “We were sitting in the back thinking it was fine there, but they had more seats reserved for us.”

At the end of the service they asked the Crossroads team to stand up so that everyone could give them hugs and round of applause. The compassion shown by Crossroads in their care was ultimately reciprocated—which is more than Perry could have ever asked for.

“The point of the whole story is that we did a fantastic job.” Perry said, “We met our goals, the family was happy, we really felt good about what we did. We gave that child 48 hours, but he gave us a lifetime feeling better about what we do… I feel better about what we do every day because of him. Just being able to open up and realizing that if you trust your team, and you have the commitment, conviction, and compassion to do this, you can make a world of difference in people’s lives.”