History Of Crossroads – The Early Years 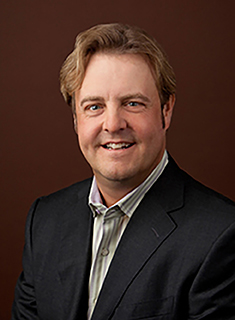 The beginning of the Crossroads Hospice story starts in a nursing home in Oklahoma City in May of 1990. I began my career in healthcare as a nursing home aide. Before I went on to the floor that first day, my trainer told me that my relationship with these residents would be the last new one they would have before meeting their maker, and to make it a “good one.” That had a profound impact on me and the way I viewed my job. I wasn’t just giving baths, dressing, or feeding, but rather it was the communication between the residents and I that was the key to their happiness. After that day, I had the idea that, to really succeed in healthcare, I needed to be as experienced as possible in all fields of services.

I started as an aide, and then became a Certified Medication Aide, spent time in the laundry, housekeeping, dietary, and maintenance departments. I later became Ward Clerk and Assistant to the DON (today it would be an MDS Coordinator). It wasn’t until June of 1991, that I became the youngest administrator in the state, and it was in that role that I first heard the word hospice.

For me, the philosophy of hospice was something completely different than I was practicing, and through a series of unfortunate events, namely deficiencies in the home caused by a hospice, I needed to find out what they were supposed to do and how they were supposed to do it. To say I was ignorant of the industry would be too kind. I didn’t read a policy and procedure manual. I didn’t check with the National Hospice Organization (NHO), now National Hospice and Palliative Care Organization (NHPCO), because I didn’t know they existed. I did however pick up a book entitled “The Hospice Movement” by Sandol Stoddard. In the first three chapters I found what I believe to be my lifetime calling. The idea of palliative medicine, which on the surface “goes against” what we were trying to accomplish in the nursing home, seemed to complete the circle of making your relationship with the patient a “good one.” There would be no way I could go back. The philosophy hit me at my core, and I really believe that everything in my life pointed to that moment. I resigned my job, and in 1995, my family and I started Crossroads Hospice of Oklahoma in Tulsa, Oklahoma.

Looking back at our beginning and how we got started, it is almost hysterical. Since I didn’t know that the NHO or even hospice guidelines were available, we simply started with the regulations and state and Medicare licensure and went forward. We continually asked ourselves: “What would be the right way to do this?”; “When the phone rings, what should we say?”; “What do we want our patients to experience?” This attitude of everything can be done better, would later develop into our biggest asset.

Commitment, conviction, and compassion, the three “C’s”, would drive everything we developed or changed, and believe me, changes came daily. There wasn’t anything that could rob us of our enthusiasm for this industry. Don’t think for a second that we didn’t have our ups and downs. In fact there were so many downs and obstacles that less than two years after beginning it looked like it was all coming to an end. The only ups that I experienced were the comments from the patients, their families, and the facilities we served, and, if I’m completely honest about it, had it not been for the belief in me from our staff, I am not sure we would have ever made it.

We bumped our heads several times and slowly but surely we began to see what worked and what made our clients thrive. We found that their happiness was what kept us going, and together we could accomplish anything. Our ideas developed into procedures which later became service standards. These “standards” started taking shape into “real” differences with other hospices.

The final stage of early development of Crossroads came in 1998. Clayton Farmer, my uncle and partner, was able to come on board full-time. He was a registered dietician and worked in long-term care for several years. He also started a successful medical supply business for long-term care, and that’s where he began to learn the ins and outs of Medicare part A & B. Many people have looked at the two of us as perfect partners. I took care of the operations, and program development and Clayton took care of the financial concerns, billing, and organization. Today the two roles are inseparable and there is no delineation of duties; however our staff still teases us about me being the heart and Clayton being the brain. It’s funny; I think we both get upset at that!

The rest of the early years saw the service delivery of Crossroads become better as we grew into our own ideals. Doing the right thing for the right reasons, led us to difference in every aspect in patient care. These years also saw us add four other locations to our Crossroads family: Little Rock, Arkansas; Memphis, Tennessee; Kansas City, Missouri; and, Oklahoma City, Oklahoma. Because we were so young (in the industry), we did not have the majority ownership in Little Rock; and when another national provider “made an offer our partner couldn’t refuse”, we ended up selling our first location. Later, Crossroads also accepted another offer on Tulsa, however this time the family utilized the knowledge gained through the past and used that sell to catapult Crossroads into 6 other markets over the next 7 years! I like to think of those following 7 years as our adolescence.

Crossroads Hospice & Palliative Care responds to "Guidance on the Role of Hospice Services in LTC Facilities During COVID-19 Pandemic" as published by the AHCA, the NCAL and the NHPCO

When you issued Ohio Executive Order 2020-01D on Monday, March 9 declaring a State of Emergency in your state “due to the circumstances presented by COVID-19,” we weren’t surprised. But when state Director of Health, Amy Acton, MD, MPH, issued a Variance to and Waiver from Certain Hospice Care Program Licensing Requirements (Variance) a month later, we were extremely concerned about how long-term care facility operators might interpret two implications in the Variance.

If Hospice is an Essential Service, Why is Crossroads Banned?

Refusing deliveries of supplies and equipment. Limiting visits to RNs only. Requiring that one person per facility be designated to deliver care and that this individual not be allowed to see any other patients outside the facility.