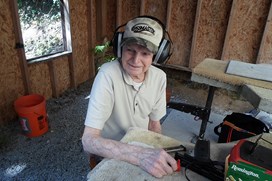 Frank Ives has fond memories of blowing off steam with his friends at the shooting range. The 93-year-old Westchester resident developed his knowledge of guns while serving as a radio operator in the Air Force and kept up this passion in his civilian life by becoming an avid collector of firearms. Unfortunately, it has been several months since he has been able to indulge in his favorite pastime.

The Crossroads Hospice staff recently organized a trip to a local firing range, so that Frank could visit his old stomping grounds on a “Gift of a Day”. Frank met a group of his friends at the range to fire off a few rounds of ammunition throughout the afternoon. For Frank, the gift was right on target. 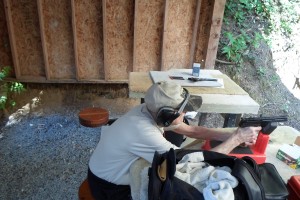