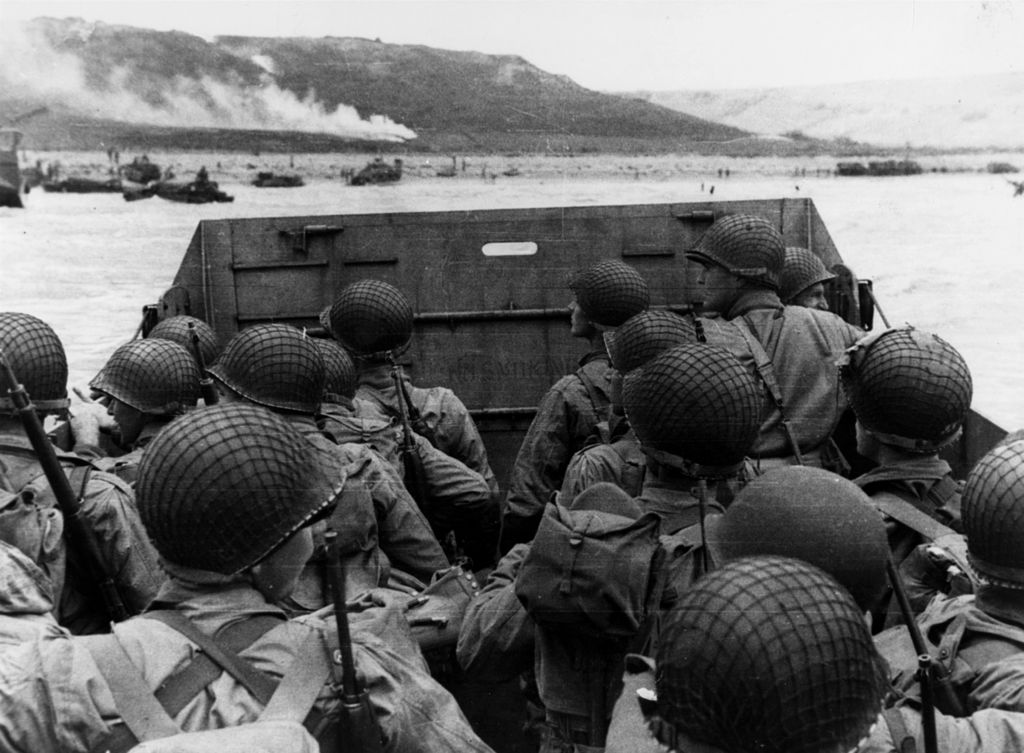 The Veterans of World War II have been given the title of “the greatest generation.” And perhaps they are.

Raised throughout the Great Depression, seeking out some sort of a living, these young folks were called to go to war where many of them paid the ultimate price. Those who did come back to the United States created the greatest superpower economically and militarily that’s ever existed.

Being 18, 19, maybe 20 years old at the time of war, many of these Veterans are now in their 90s and dying quickly — at a rate of approximately 430 a day. And while it may seem sad, sobering and surreal, the passing of our heroes is something with which we must come to terms.

In doing so, some of theCrossroads staff reflects upon a few of their fonder memories of America’s greatest generation.

What They Did for Us

“From storming the beaches of Normandy on D-Day to the Bataan Death March to the parachuting into Germany and Poland, this was the first large scale and lengthy conflict that really involved all branches of our armed services and the bravery and courage is just breathtaking,” says Lauren Maxwell, a Clinical Director with Crossroads in Oklahoma City.

“It’s hard not to have the deepest respect for our World War II heroes because this war truly shaped the future and what it means to be free for all generations, myself included.”

Some of the Crossroads staff also happen to be Veterans themselves, such as Chaplain Chad Vickers for example. He feels a particularly close connection with this generation.

“’The ‘greatest generation,’ as they have been appropriately titled, were overcomers of tremendous adversity in their early days,” Chad says.

“With a military size not even in the top 10 in the world near the entry into World War II, those members of the Army, Marines, Navy and Air Force — along with a shared purpose nationwide — changed the course of U.S. and global history forever.

Chad continues, saying “Millions sacrificed much and some 400,000 sacrificed all so we could remain free!”

What They Mean to Us

Being in the business of caring for and comforting these heroes in their final days, many of the Crossroads staff has experienced special moments with our greatest generation beyond their service.

Just a few weeks ago, Lauren had the privilege of attending a Veteran’s Recognition Ceremony for a World War II Veteran, who proudly served our nation in the Marines. Shortly before the ceremony, Lauren says, the patient took a drastic decline.

“The ceremony had to be moved up a few days as he wasn’t expected to make it long, and it took place in his hospital bed. Despite being almost non-verbal and unresponsive for almost two days, when our chaplain began to read off his list of accomplishments and verbalized his appreciation for service to our nation, this patient reached over and grabbed his hand and whispered, ’Thank you.’”

She explains, “The patient passed just a few hours after the ceremony.”

Reflection on service as a means of peace isn’t all that rare for World War II Veterans. In fact, Crossroads Chaplain Bruce Bray notes that, in many cases, it can be quite common.

“Many even came home [from the war] and never told their families what they did,”Bruce says.

“It’s only at the end of life that they start having flashbacks and those [experiences] start coming back and they start talking to you about them.”

It’s both inspiring and comforting for the patient and those of us who are fortunate enough to take part in this moment with them.

For Sherry White, a Community Educator with Crossroads, one of her favorite memories came along with a patient who was a retired colonel in the Army. The Army was naturally a part of his and his wife's lives for many years. Battling dementia and severe heart disease, this patient could no longer remember all of his stories and when he had declined rapidly, the team tried to do all they could to cheer him up.

“I [eventually] put a small American flag in each of his hands and asked the chaplain to sing the Star Spangled Banner,” Sherry recalls.

“Within the first few notes, Colonel raised his head, opened his eyes wide and raised his hands in the air and began waving the flags! Needless to say, there was not a dry eye in the room. He saved his energy for what meant the most to him — serving his country!”

It was a moment that Sherry says she will never forget.

How Many World War II Veterans are Still Alive?

Today, approximately 855,000 of the 16 million Veterans who served in World War II are still alive. Although they are passing at a more rapid pace than ever, there are two things we can all strive to do:

Although they will eventually no longer be with us, the impact they have made on our lives always will be.