A Family Guide to Caring for Veterans 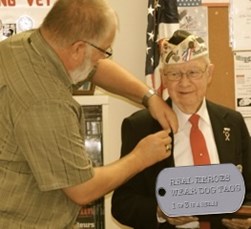 In the summer of 1776, the American Revolution was ravaging the newly-formed colonies of the United States. By July 4, 1776, the Declaration of Independence had been written, sent to the printer and announced.

It was the act of defiance heard around the world. The very beginning of the American way of being; where life, liberty and the pursuit of happiness are inalienable rights. Since then, millions of American men and women have fought to protect those rights. Chances are, you know a Veteran; someone who put their country above all else.

Veterans are the people who have witnessed war firsthand. We usually know why they served: to protect our country and to protect us. Yet we so rarely know how to properly nurture these people who surrendered a piece of their lives to fight for freedom, after seeing the catastrophe of war. It’s our duty as citizens to make sure no one slips through the cracks. Family members are usually on the front lines of the nurturing and need to be prepared for the task.

Because of their potentially traumatic experiences, Veterans may require a different type of care than civilians.  After speaking with Crossroads Hospice Chaplain Kay Fraley and Chaplain James Morgan, who is also a Veteran, we created a guide to help those caring for Veterans in their lives. It involves a little forward thinking, a bit of trust, and a lot of support, which is exactly what Crossroads stands for.

Once we know someone has served in the military, we may be eager ask questions that display our stereotypes towards Veterans. “Did you fly planes?” “Did you see active combat?” “Were you ever shot at?” “How many people did you see get killed?”

Chaplain Morgan warns about this, “You have to be careful about stereotyping, and the best way to do that is to give them the opportunity to share.” All Veterans have different experiences, and your assumption of otherwise can be disrespectful to their time served. Instead, ask more ambiguous questions if you are curious about their time at war, like, “What were your day-to-day activities or duties while serving?” Give them the opportunity to share and let them dictate how their stories are told.

2. Accept that religion isn’t a comfort to everyone.

Religion or spirituality can serve as a foundation for soldiers when they’re stripped of the comforts of home. Chaplain Fraley believes that this can be very beneficial to those during war. “Those who have faith are able to accept that it’s not the end, and there will be a new beginning.”

However, some Veterans may have questions about their religion after witnessing horrific acts of war. Some may be harboring wounds from what’s known as moral injuries, where they feel the weight of situation that may have been morally ambiguous. It is crucial to allow Veterans to vent and express their own views on religion and morals. They’ve seen things that would shake the faith of even the firmest believers. 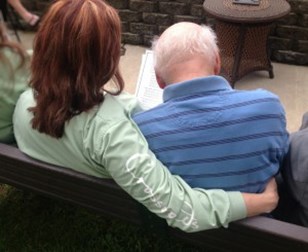 War is a sensitive issue, and some Veterans may have pent-up feelings regarding their time. Whether it’s crying about what they have seen or past frustration beginning to surface, let them express their emotions.

4. Recognize that a Veteran is more than war.

There was a person behind the gear, a person who had a life that was put on hold when they were willing to sacrifice their life for the greater good. Recognize this, and ask about the bigger picture when they were serving. Try topics like:

Take the focus off the war and onto their individual lives and how they were impacted. While caring for Veterans, it’s easy to fall into a routine that exercises superiority implicitly. Something as simple as Memorial Day parade could cause a Veteran to feel patronized, by making it seem like his or her accomplishments can be boiled down to one insincere event.

Veterans have risked their lives for the sake of our country’s freedom; they’ve dealt with very real experiences. These are seasoned adults, not children, and they should be treated with respect. Use Veteran-based holidays, such as the Fourth of July, Memorial Day, or Flag Day, as ways to celebrate their life independently rather than part of a large group.

“It’s just a way to get to know them when sometimes they feel shut-off,” says Chaplain Fraley.

6. Understand that coping comes before healing.

After returning from war, many Veterans are coping. They may have survived combat, where their senses were heightened 24/7; where trust and suspicion were valued over any material possessions. They return to their families, return to work, and go on with the lives that they put on hold for many years -- the old “normal.”

While they may appear to be poised and stoic, their experiences could be eating away at them. As a family member, take it upon yourself to make sure that they are healing with the nature of their experiences. Let them know that this is the new normal.

8. Don’t push recognition if the Veteran doesn’t want it.

Some Veterans are not ready or willing to be recognized for their time served. Regardless of the reason, accept this and don’t try to force them to change their minds. It very well could be a painful time that they despise reliving. When, and if, they want to open up to you about it, they will.

9. Acknowledge their integrity for serving.

Many Veterans did not see active combat, but that in no way diminishes their time served. Remind Veterans that their willingness to risk their lives for the freedom of strangers was just one of the many reasons why their position was so integral. 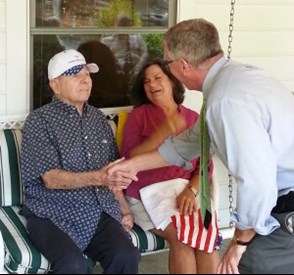 Chaplain Morgan recalls talking to a family member of one Veteran who was having trouble convincing him that the Veteran played a great role in the war despite not seeing combat. Morgan  took it upon himself to remind the Veteran that his altruism was just one reason why he deserves reverence for his time served.

Above all, thank them for their time served. Show gratitude and remind them that their singular selfless act contributed to a greater good.