Real Heroes Wear Dog Tags: What is a Veteran?

Todd Connor is aware of that.  This is a man who has committed his career and company to recognizing and supporting Veterans—helping ensure that they have opportunities for success and entrepreneurship upon returning home.

"Veterans rebuilt the economy after WWII when the troops came home,” Connor said, “and 49% of them went on to start and own companies. This is why we called them the ‘Greatest Generation.’”

Today, as we celebrate Veterans Day roughly 70 years later, it’s, for some reason, quite a different story.  Today, only 6 percent of Veterans will come home and start businesses.

That speaks to a larger issue: When did our perception of Veterans change?  Why has our view, and treatment, of these men and women changed?

What is a Veteran?

A Veteran is a lot of things.  To put it very literally, the Merriam-Webster Dictionary defines a Veteran as “someone who fought in a war as a soldier, sailor, etc.”  But that doesn’t fully encapsulate the spectrum of what a Veteran can be, and has meant, to our country since its conception.

Let’s reflect on the “Greatest Generation”—the one Todd Connor believes we should look back on as a model for how we support our Veterans now and in the future.

During the 1940s, public support for Veterans was probably at the highest it’s ever been.  Soldiers didn’t just come home from World War II; they returned as heroes and were met with parades, marching bands, and other glorious celebrations.  Here’s something that probably comes to mind when you think of them: 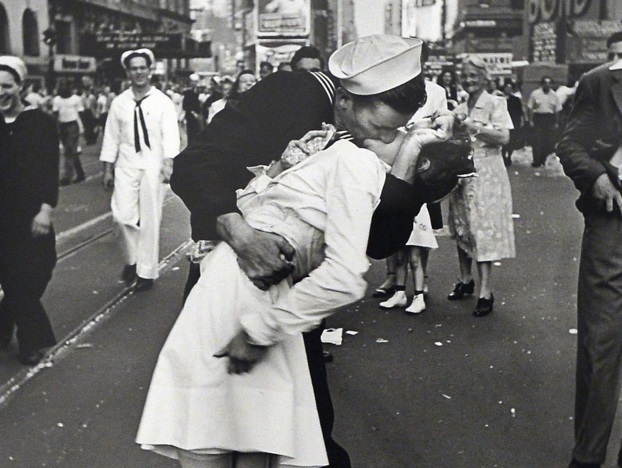 It was a very personal and intimate time.  Everyone knew a returning solider and everyone had the utmost respect for someone who had served their country.

Veterans were recognized for what they were: heroes.

Most Americans had a television in their homes.  Most Americans were able to watch the extensive media coverage of the reality of war on television.  Frankly, it was terrifying.  This, coupled with an overwhelming lack of support from the federal government and general public upon returning home, attributed to a shift in the perception of the American Vietnam Veteran.

Our views of Vietnam Veterans tend to be much darker, opposed to the warm feeling we get when we think of the “Greatest Generation.”  We think of Post Traumatic Stress Disorder, alcoholism, and homelessness among other images.  It’s a real-life conception of Lieutenant Dan from Forrest Gump.

It was, in part, true.  Not because they or their experiences were any different than our World War II Veterans, but because they were seen as and treated differently upon returning home.  How the public viewed and treated them didn’t change the impact of their service.

Although misunderstood and subsequently mistreated, it didn’t change the fact that our Vietnam Veterans were, and are, heroes.

So where are we now?

As Todd Connor noted, only 6 percent of Veterans come home to start businesses, as opposed to 49 percent of the “Greatest Generation.”  That doesn't mean we aren't improving the ways in which we support them as they return home.

Today, we have viral videos of “Daddy coming home” and glorifying films that do justice to the plight of the American Veteran, like American Sniper and Lone Survivor.  We have groups like Connor’s the Bunker empowering Veterans to be successful, and presidential candidates are making legitimate pushes toward improving their benefits.

For Crossroads, it is integral to our mission to do our part in pushing this effort forward and providing any resource we can to improve the lives of our Veterans.

And to treat them for who they are: heroes.

If you found this information helpful, please share it with your network and community. Copyright © 2015 Crossroads Hospice. All rights reserved.