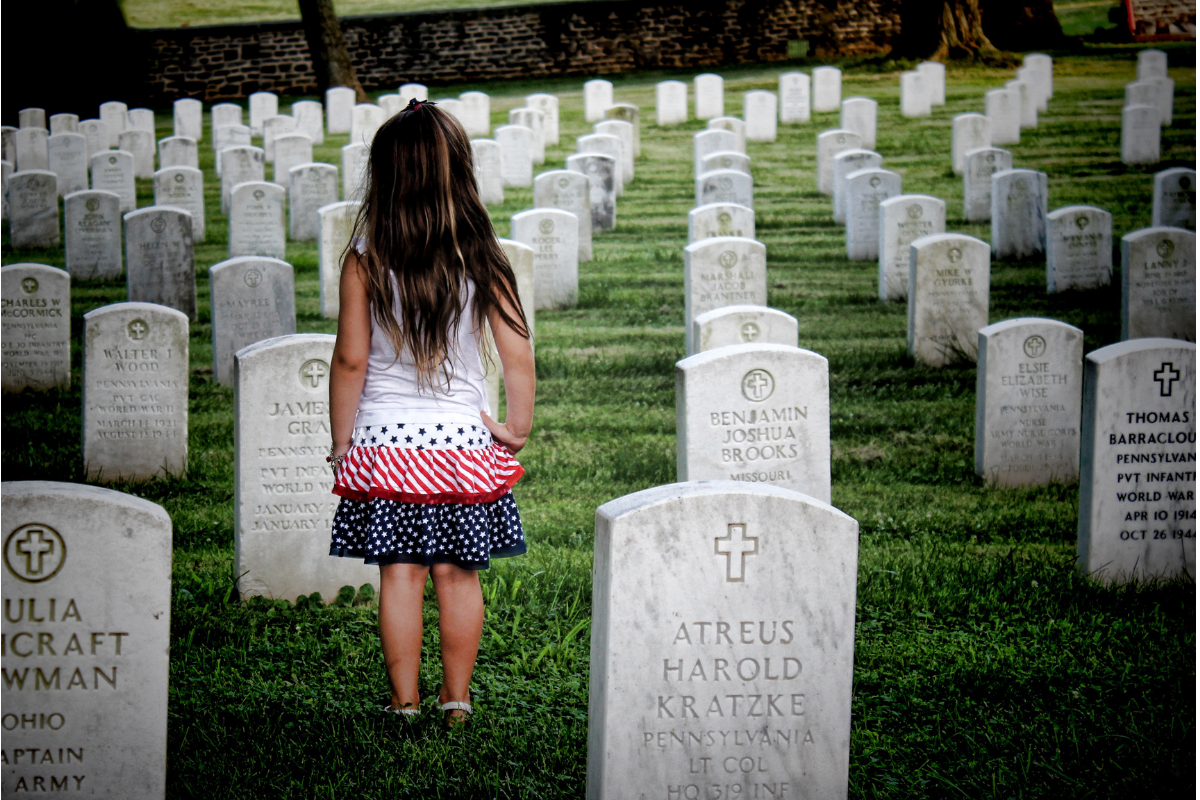 Memorial Day is an American holiday observed every year on the last Monday in May.  According to USMemorialDay.org, more than 1.8 million soldiers have given their lives for our country since 1775.

For military Veterans who are now employed throughout the ranks of Crossroads Hospice & Palliative Care, often caring for other individuals who have served and their spouses, Memorial Day has a much deeper meaning to them than the unofficial start of summer.

In recognition of Memorial Day, they share some thoughts on ways to honor fallen soldiers and their families. 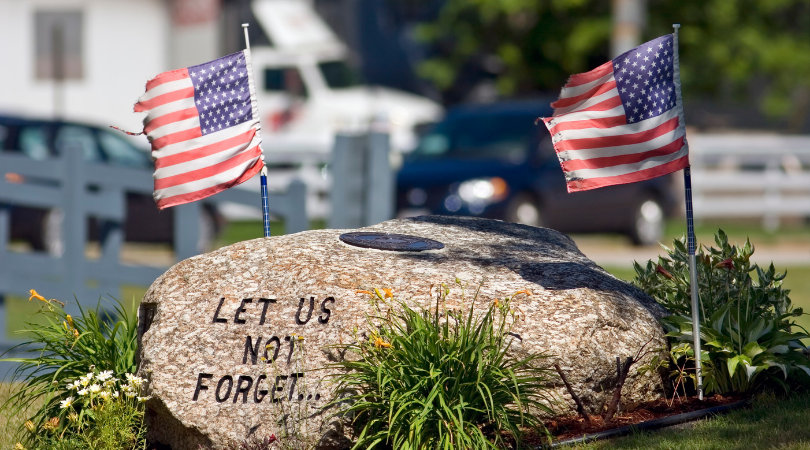 “When I’m talking about the military [with children], I always talk about the qualities of a soldier,” says David Stevenson, bereavement coordinator at Crossroads in Philadelphia.  “Sacrifice. Trustworthiness. And how they can emulate these qualities and be a blessing for their world.”

Recognizing a fallen soldier is “very meaningful to the loved ones who are still here,” David says.  “We must recognize them for their service and the sacrifices they endured by losing a loved one.”

A Presbyterian pastor who was called to chaplaincy after 9/11 and served at Ft. Knox, Kentucky for five years before being honorably discharged, David was raised by a father who had been a U.S. Marine. He loves to participate in Veterans recognition events at Crossroads, where he has worked for two years. There are many – so his uniform is pressed and ready to go on a dime, he says. 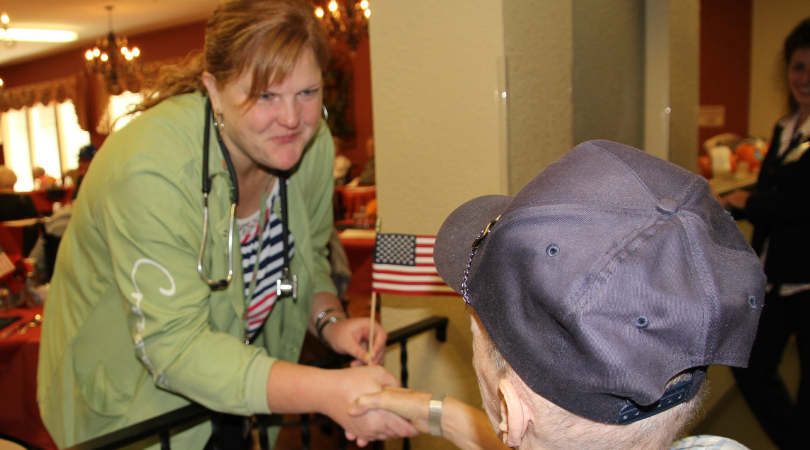 A Veterans recognition ceremony early in his tenure at Crossroads is a meaningful memory for Danny Cox, Crossroads’ Senior Vice President of Clinical Operations. After growing up in eastern Kentucky, he went into the U.S. Army straight out of high school, starting as a cook and eventually becoming an administrator in Operations Desert Shield and Desert Storm.

“It meant a lot to me when I was first recognized for my service at a Veterans recognition program,” Danny says. “It’s hard to explain or to put into words. It takes you back to long dormant memories. It was a very special, heartfelt moment.”

Danny is proud of Crossroads’ company-wide corporate dedication to Veterans and their families, where fallen soldiers are honored every day – not just on Memorial Day.

“Don’t wish me a ‘Happy’ Memorial Day,” says Lauren Maxwell, RN, a nurse case manager at Crossroads in Oklahoma City. Lauren served from 2008 through 2016 at William Beaumont Army Medical Center in Fort Worth, Texas and is now a reservist at the U.S. Army Hospital at Fort Sill in Laughton, Oklahoma. In the Army, Lauren served many elderly Veterans, including quite a few who were suffering from long-ago exposure to Agent Orange.

Lauren appreciates that people without military backgrounds may not understand the solemnity of the holiday. But to her, as a Veteran, Memorial Day has a deep and humbling meaning.

When it comes to kids, Lauren thinks it’s important for them to learn about flag etiquette and to understand what the military is.

“Memorial Day is a solemn occasion for those who made the ultimate sacrifice,” she says.

It’s a good day to display patriotism and remember those who served. 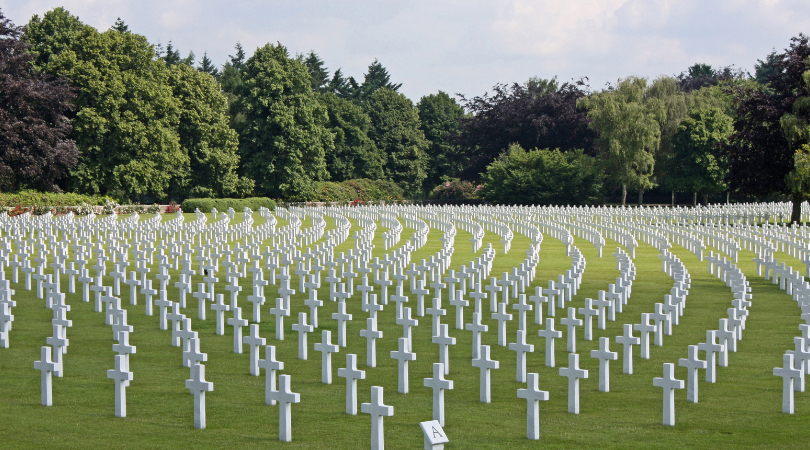 Honoring the Families of Fallen Soldiers

Lauren’s colleague Dyanna Johnston, a nurse practitioner at Crossroads in Oklahoma City says, “It’s a big honor to have a day dedicated to fallen Veterans.”

Dyanna began her military career as a reservist medical technician. Then, in 2002, she became an active duty medical technician at Travis Air Force Base and David Grant Medical Center in Fairfield, California before returning home to Oklahoma and joining Crossroads.

Johnston encourages both children and adults to thank the spouses and families of fallen soldiers on Memorial Day.

“Their loss is even more of a big deal,” she says. “Please don’t just remember those that are not here. They made the ultimate sacrifice, but the families that were left behind are also worth honoring.”

In 1968, Congress passed the Uniform Monday Holiday Act, which established Memorial Day as the last Monday in May. The same law was updated in 1971, declaring Memorial Day a federal holiday.  This Memorial Day, Crossroads, along with millions of citizens around the country, memorializes and honors our fallen soldiers of war.

To learn more about how Crossroads supports terminally-ill patients and Veterans, please visit our website or call 1-888-564-3405.

Do I Need Grief Support?

Good fences make good neighbors – and personal boundaries allow you to set limits and create a healthy space between you and others. Creating and maintaining healthy personal boundaries is always a good practice, but it is even more essential when you are grieving the loss of a loved one. Setting grief boundaries will help you navigate this difficult and emotional time.

It was somewhere near the end of June, years back, that I learned an important lesson about summer grief while working in the bereavement department at Crossroads Hospice & Palliative Care.