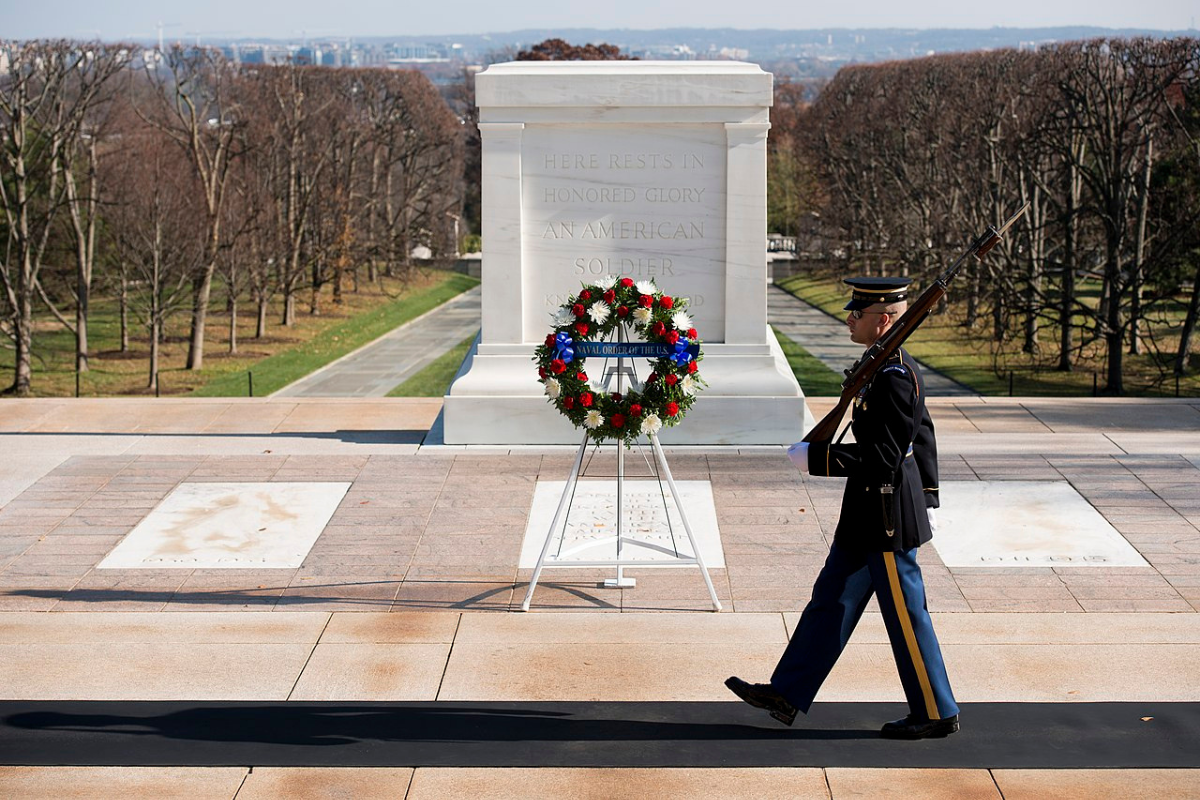 This year, the number 21 takes on even more significance, as 2021 marks the Tomb’s 100th anniversary. On this annual holiday, a Centennial ceremony will be held at Arlington National Cemetery to celebrate and honor the memorial that symbolizes those of America who gave their lives in World War I, World War II, the Korean War, and the Vietnam War in defense of our nation’s integrity, honor, and tranquility.

The Tomb of the Unknown Soldier has long been associated with Veterans Day. Each year, at 11:00am on the 11th day of November, a wreath-laying ceremony has taken place for more than 50 years. This year, the nation honors the Tomb with a historic Centennial event.

Throughout 2021, Arlington National Cemetery has been hosting a National Commemoration of the Centennial of the Tomb of the Unknown Soldier, including a series of commemorative events, exhibits, and ceremonies that will culminate on November 11th in conjunction with the National Veterans Day Observance.

The mat along Tomb of the Unknown Soldier Plaza is replaced before Memorial Day and before Veterans Day. This year, for the first time in nearly a century, members of the public will be able to walk the mat to pay their respects to the Unknown Soldiers and lay flowers in front of the Tomb on November 9th and 10th. The following day, Veterans Day, will feature a joint full honors procession and a joint service flyover from all branches of the military. 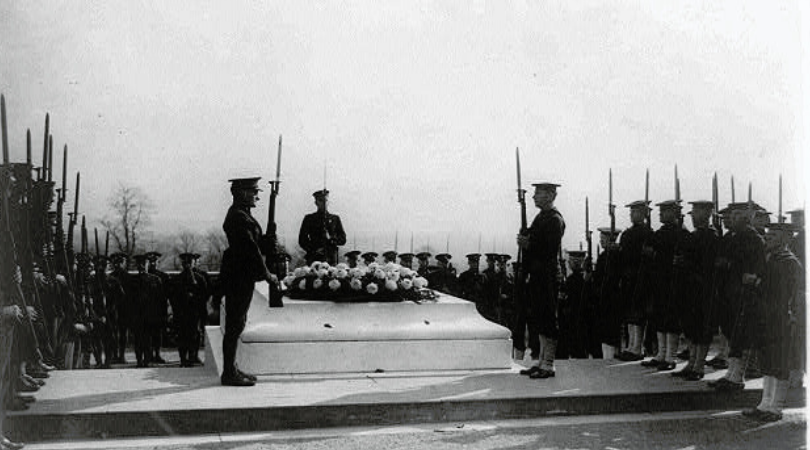 What is the Tomb of the Unknown Soldier?

The Tomb of the Unknown Soldier stands as a people’s memorial that inspires reflection on service, valor, sacrifice, and mourning. It’s a sacred site, and the grave of three unknown American service members — the first for one of America’s unidentified World War I casualties, with others added in 1958 and 1984. The inscription reads: “Here rests in honored glory an American Soldier, Known but to God.”

The site dates back to November 11, 1921, when the remains of an unknown soldier were brought back from France and buried beneath a three-level marble tomb. Since that day, the tomb has been guarded 24 hours a day by members of the 3rd U.S. Infantry Regiment (The Old Guard), with each taking 24 hours on, and then 24 hours off, for a period of five days.

Guards take the following four days off. It takes an average of six hours to prepare the official uniform on the guards’ off days, which are also spent with physical training, tomb guard training, field exercises, as well as cutting their hair prior to their next work day. The guard wears no rank insignia, so as not to outrank the Unknowns. Though the guards are traditionally male, the first all-female changing of the guard took place in October 2021.

If you found this information helpful, please share it with your network and community.
Copyright © 2021 Crossroads Hospice. All rights reserved.