I Didn’t Get to Say Goodbye 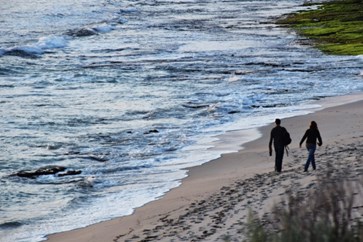 The end of life can be really difficult for those experiencing it and their family and friends, as they stand by and cope with the inevitable death of a loved one. It's confusing, it's sad and it's difficult to process, especially if it's sudden. This is the story of how one woman, Mary, quickly went from being a wife in her mid-40s to a young widow, and the lessons she learned through it all.

Mary’s husband, James, was diagnosed with lung cancer with metastatic to the bone after he arrived at the emergency room with paralysis below the waist. He was only 44 years old.

Prior to this point, when James had a little shoulder pain, Mary and James applied BenGay pain relief cream, and even went to see a doctor a couple of times. Once they were “blown off” by the medical staff because they were perceived to be “drug seeking.”

When James could not walk, he received the full attention at the emergency room. The diagnosis came and their lives were changed.

Mary’s experience of not getting to say goodbye was a little different from other stories of this type; they had the diagnosis and prognosis, but she did not grasp it.

James was such a strong man, wrestling and playing football in high school, and a heavy duty job after that. So Mary was convinced they would beat this cancer. All she could focus on was treatment; she could not engage in what’s called anticipatory grief.

Anticipatory grief is when we understand that something bad is going to happen, such as a death following a terminal illness. With anticipatory grief, we can begin to understand what is coming, start making plans (funeral, financial, emotional) and be a little prepared for the change.

But Mary was not on the same page with the reality of the situation. She heard what the doctors said, but she didn’t comprehend it on the emotional or psychological levels. She even says, “I did not see the changes. When I look back at the photos of our family then, I can see now. James had lost a lot of weight, he was pale, his eyes were weak-looking, but I could not see it then; and I used to work as a nurse.”

The Role of Denial

Just because we have the information intellectually, it does not mean we have the understanding emotionally. There is a large gap between our heads and our hearts. It has been said that denial is a valid coping mechanism if used on a short-term basis. For many, or even most, denial and reality can coexist in situations of great stress.

That means we can cycle in and out of how things have been and how they have become. So denial is a protective mechanism by which we can cope with overwhelming news.

James died just two short weeks after the diagnosis at age 45. Mary was at his bedside and her daughters were there. They were talking to James as many tears fell.

Mary says the nurse told her, “I’m sorry, he’s gone.” Mary was stunned. Right in front of her eyes, against her will of steel to keep him alive, he died.

So she did not get to say goodbye.

She knew, but she did not know he was dying. Mary experienced complicated grief as she struggled to adapt to the loss of her husband, and the other secondary losses that resulted — loss of income, loss of a support system, loss of identity and more. She was unprepared for James’ death because of how quickly everything happened to her strong, bigger-than-life husband.

She was focused on getting treatment, not on “getting things in order” or saying goodbye. Her husband’s death was experienced as a life-changing trauma.

Today, Mary can share with others that she does want to live and see her grandchildren grow; but in the early days that was not the case. The fortunate thing is that Mary was open to support. She accepted bereavement care from Crossroads Hospice, which meant she received visits in her home from a grief recovery specialist. She also accepted an invitation to the Grief Recoverysupport group.

There she learned to understand grief in general, and her personal grief in particular. During that series she developed close relationships with others in the group who she said, “got me.” She made forever friends in that time, and they remain a support to each other to this day.