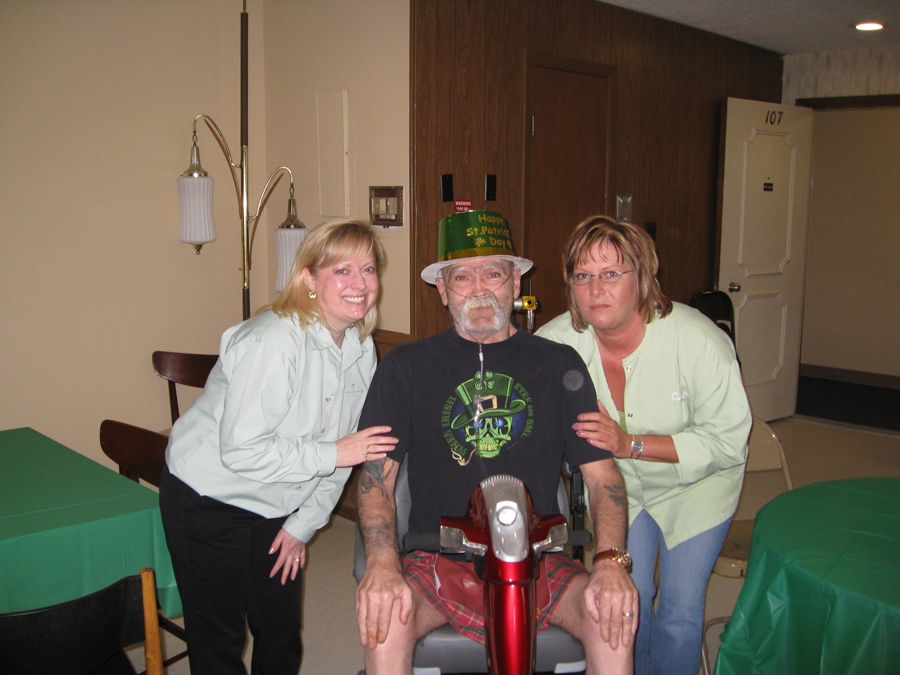 Some guys will do anything not to miss a good party. Take Crossroads patient, Jerry Brelsford, for example – the guy even attended his own Irish wake!

Indeed, Jerry did not want to miss this party so he and his wife, Judy, worked with Crossroads to plan an Irish wake that would make any Irishman prouder than a leprechaun. First, they decorated the party room in shamrocks – the entire room was bathed in a green glow! 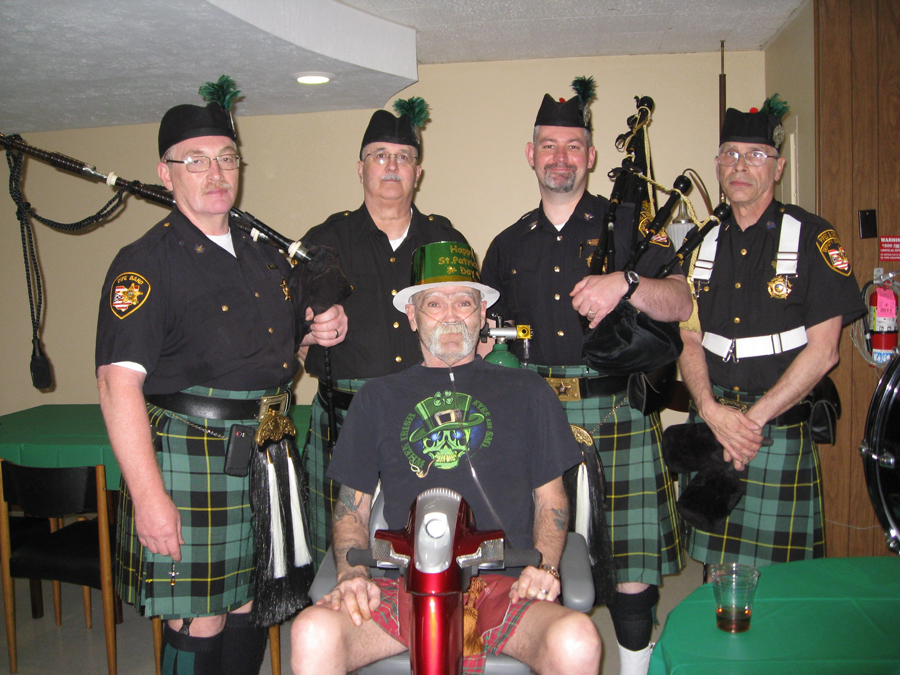 Meanwhile, Judy worked diligently to sew her husband a genuine-article Irish kilt. He wore it to the party… along with his signature impish smile. Judy admired her handiwork.

The couple’s family and close friends – nearly 20 partygoers – arrived on the scene bringing bottles of whiskey and Guinness (it was an Irish wake, after all!) along with Irish food. The professional bagpipers that Crossroads hired were soon up on stage playing tunes and beckoning people to do the Irish Jig. 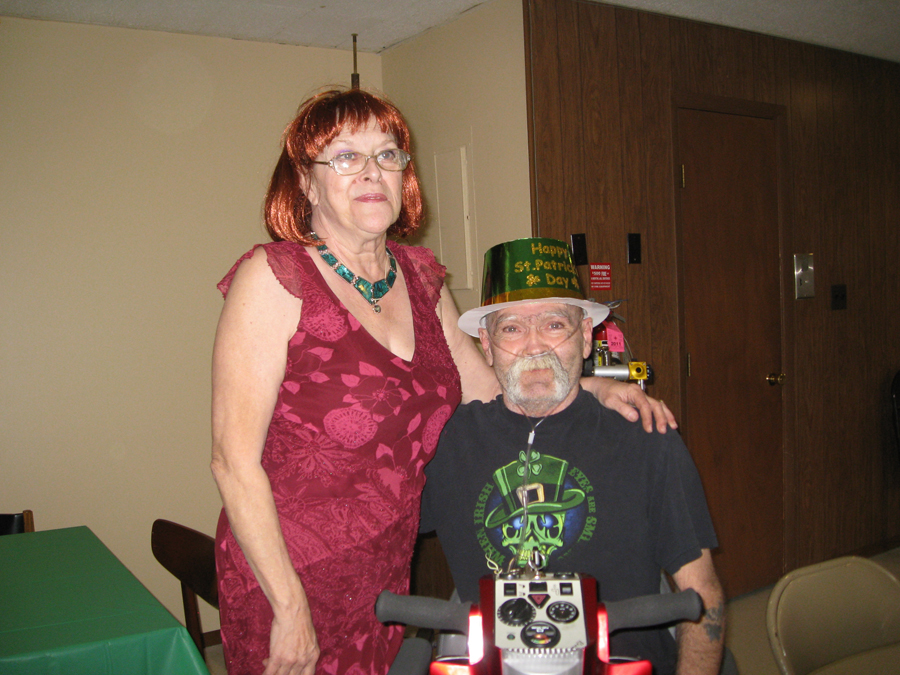 So, they did. A spirited Judy – wearing a red wig – led the crowd in dance but it didn’t take long before even Jerry was on the dance floor in his wheelchair. Cousins, children, grandchildren and friends all partied and danced with Jerry for more than six hours! 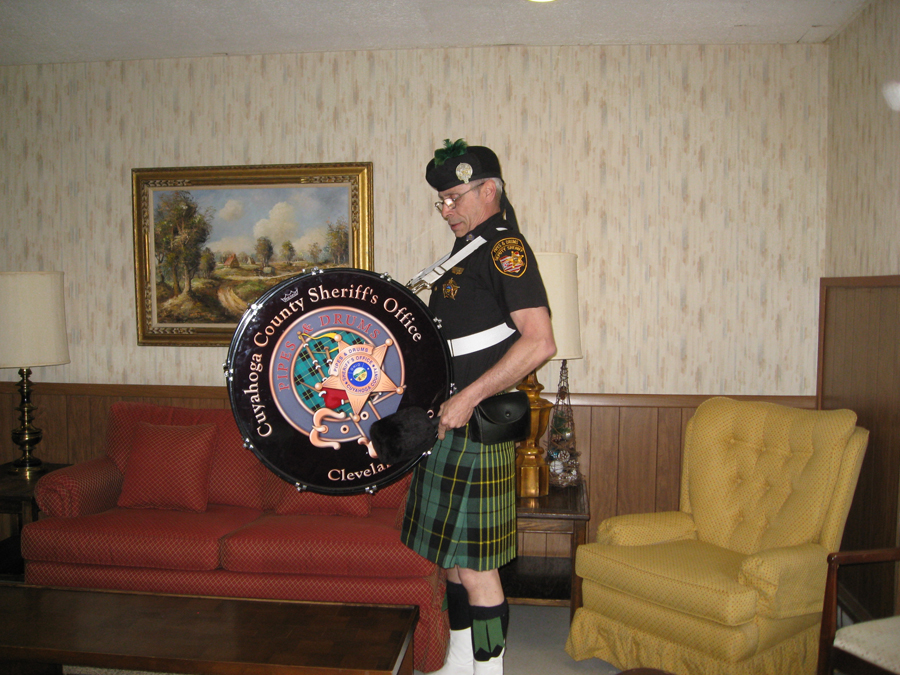 Friends made toasts to Jerry many times throughout the night. Some toasts were decidedly somber but most were laced with humor … just like Jerry. Of all the toasts, it was his wife, Judy’s that touched him the most: “Jerry, you really are my knight in shining armor,” she said.

Jerry passed away just a few weeks later, and the same bagpipers played at his service. This time, no one was partying yet they couldn’t help to suppress a smile remembering the vibrant Irishman who was – no doubt – still partying somewhere.