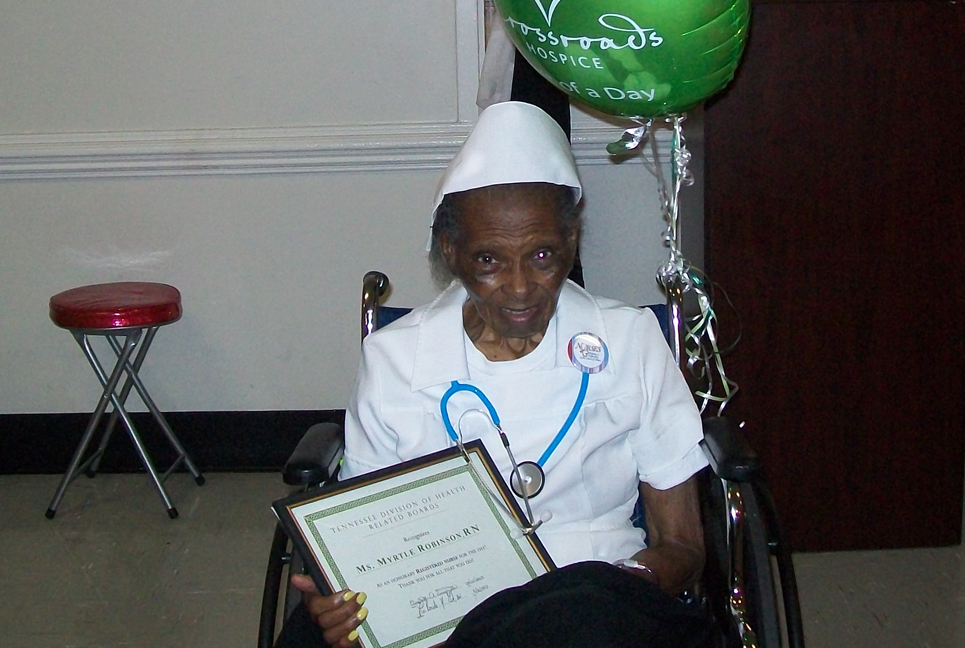 Recently, Forbes magazine polled 500 five- to twelve-year-olds on what they wanted to be when they grew up. The most popular career among five-year-olds was superhero while six-year-olds longed to be firefighters. Astronaut, writer, singer/dancer, doctor, and spy scored highest among older kids.

Eighty years ago, little Myrtle Robinson knew exactly what she wanted to be when she grew up: a nurse. It was an aspiration she would cling to for the rest of her life. 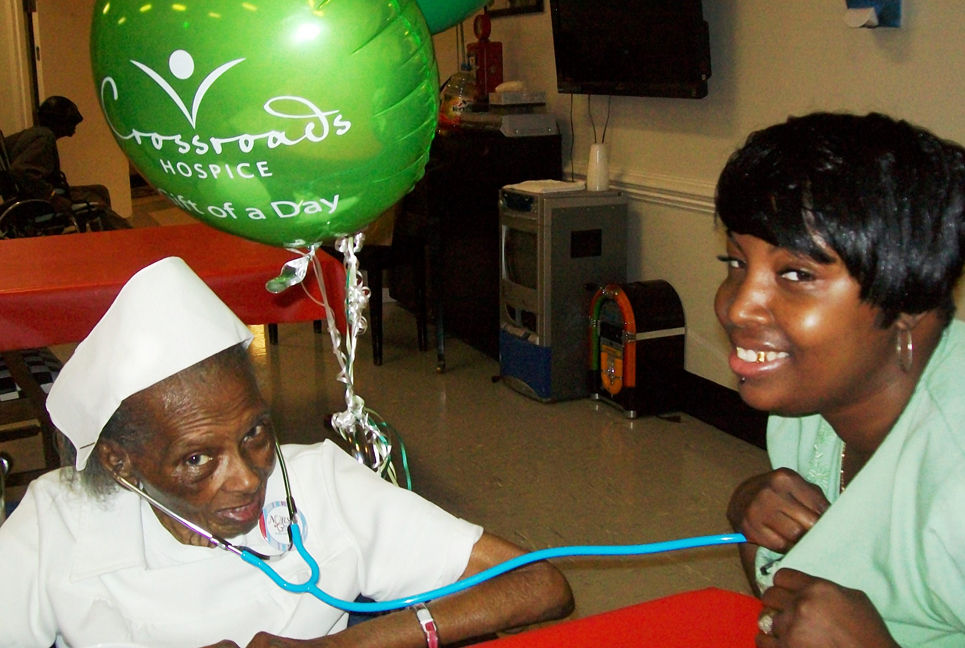 Myrtle couldn’t afford to go to nursing school, despite working hard on her grades. As a substitute, she took a job in housekeeping at a local hospital just so she could be close to nurses. She worked her way through various jobs in the hospital, eventually earning a position in the cafeteria for her skills as a biscuit baker. Still, she was not a nurse.

Even though she enjoyed working near these compassionate women-in-white, Myrtle always felt slightly unsatisfied. Deeply caring and selfless to a fault, Myrtle was a natural fit for nursing but life got in the way of pursuing her dream…until one very special day. 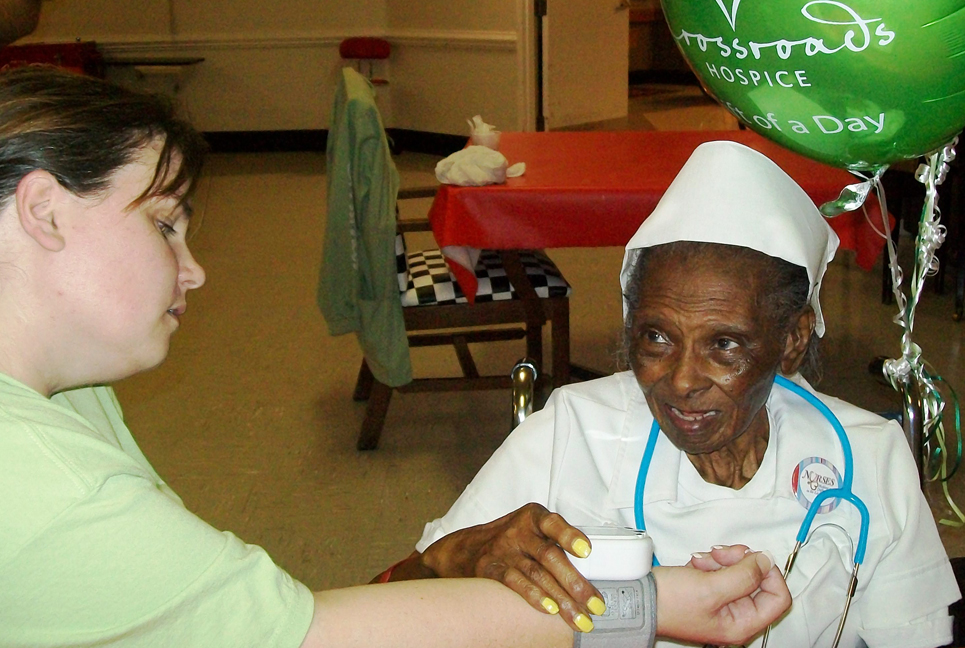 Myrtle’s ‘shift’ at Parkway Health & Rehab began at 7am that morning. Crossroads staff helped her put on her nurse’s uniform – complete with a traditional nurse’s hat (actually a men’s handkerchief)! Geared up, too, with her very own stethoscope and blood pressure cuff, Myrtle bustled off to the social room where her granddaughters, friends and nursing home residents waited. Without further ado, Crossroads inducted Myrtle into the esteemed profession with a framed honorary nurse’s certificate. 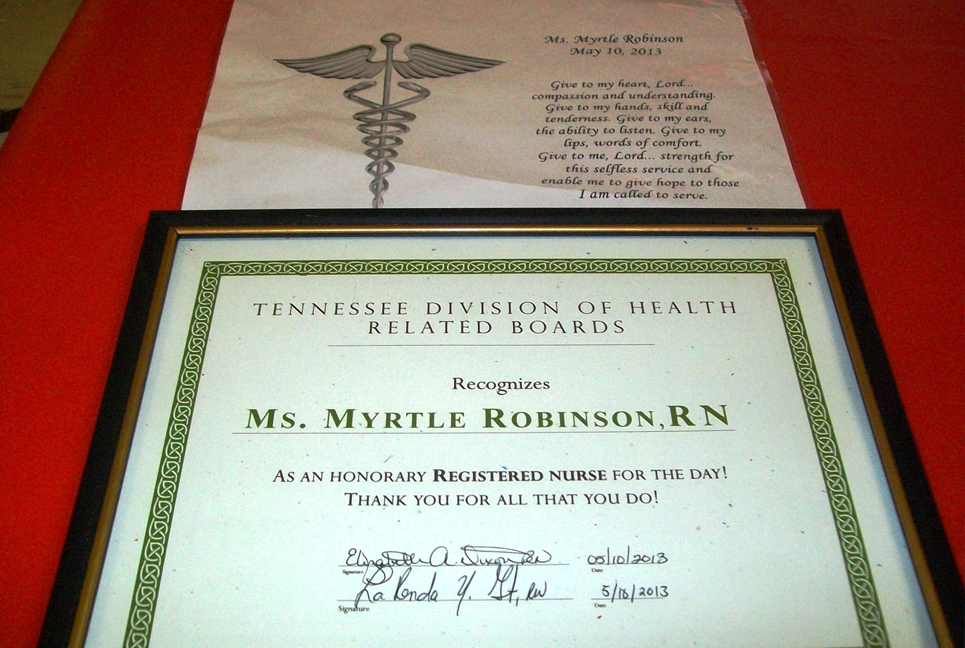 Through joyful tears, Myrtle proudly recited the nurse’s prayer, and then began taking everyone’s blood pressure and listening to their heartbeat. She jotted notes down on patient ‘charts’ and even suggested a few remedies! They all celebrated Myrtle’s big achievement with cake and refreshments.

Cameras captured the big moment but it was Myrtle who captured her dream that day. Crossroads listened, heard what was in her heart, and recognized how very important this was to her.